More than four years after the popular musical debuted on Broadway, it's finally coming to Philly

Actors perform "Hamilton," which is coming to the Forrest Theatre between August and November.

Hamilton: An American Musical" will make its Philadelphia debut this month – finally.

The acclaimed show will run from August 27 to November 17 at the Forrest Theatre, in conjunction with the Kimmel Center and its Broadway Philadelphia series. It's one of several productions of "Hamilton" currently underway in the United States, including the continuing Broadway show and multiple tours.

The legend of Lin-Manuel Miranda's show is well-known by now. Miranda, looking for a book to read while on vacation in 2008, picked up Ron Chernow's biography of the founding father. Upon reading it, he had the realization that the founding father's story sounded an awful lot like a hip-hop tale. So he got to work, famously performing the opening song at a White House poetry slam in the spring of 2009 before developing a full-on musical that drew on everything from 1990s hip-hop to the more traditional Broadway canon.

The first act of the show depicts Hamilton's arrival in the United States, his courtship with his wife Eliza Schuyler Hamilton, his work for George Washington, and eventually the Revolutionary War. The second act is about the early days of the nation, Hamilton's service as secretary of the treasury, his clashes with Thomas Jefferson, and eventually the death of Hamilton's son Philip, and Hamilton's own death in a duel with Aaron Burr.

"Hamilton" eventually reached Broadway, where it won 11 Tonys, a Grammy, a Pulitzer Prize and a MacArthur Genius Grant, and took its place as the most culturally significant Broadway musical of the new century.

But before that, "Hamilton" made its debut Off-Broadway at the Public Theater in early 2015. And among those in attendance during its run at the Public was Frances Egler, senior director of programming and presentations at the Kimmel Center. Egler's duties include booking for Broadway Philadelphia, the Kimmel Center's annual series of touring Broadway shows that are presented in conjunction with the Shubert Organization. 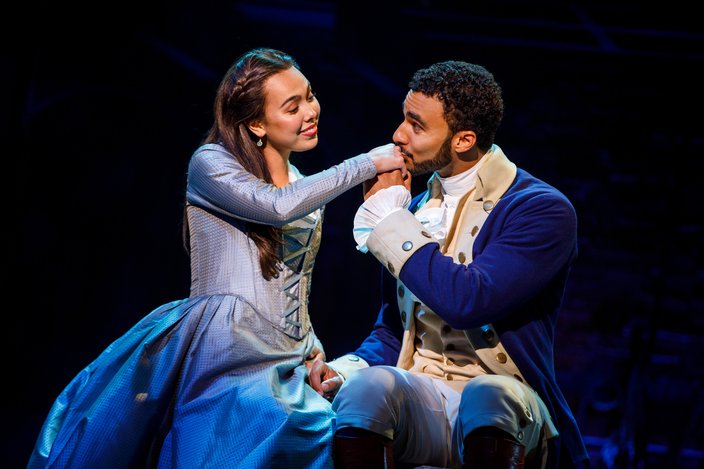 "I had a niece who was a history teacher who was a big fan of Alexander Hamilton himself, and I got her tickets as a gift," Egler said of the Public Theater production. While Egler, whose job entails scouting out future shows for the venue, had been aware of Miranda's previous work, "halfway through, you knew it was something special."

Some "Hamilton" events, including both Cabinet battles and the Constitutional Convention, took place in Philadelphia when it was the capital of the United States. But the show has taken quite some time to finally reach the city of the nation's founding.

In December 2016, The Kimmel Center confirmed to Philly Voice that it was in talks to bring the show to Philadelphia, with the announcement coming the following March that Hamilton would make its Philly debut in the Kimmel's 2018-2019 season. And now it will, as the final show of the season.

What took so long? According to Egler, it was largely a question of logistics.

"It's a matter of kind of solving a puzzle," she said. The show played in Los Angeles and San Francisco for a half a year each when it first began touring, and the tour, which travels by large tractor trailers, started on the West Coast and gradually moved east. She added that it was important to line up "when theater availability and tour availability match perfectly."

"The producers were very keen, as were we, on having an engagement in Philadelphia that matched the demand and interest in Philadelphia, because we're the only city where the show is actually playing on the street where [Alexander Hamilton] lived, on Walnut Street." Indeed, according to All Things Hamilton, Hamilton and his family lived at what is now 226 Walnut St. between 1790 and 1796.

Egler added that the Kimmel Center wanted to set up in Philly for a long engagement, and that the 12-week, August-to-November run is one of the longer ones in Broadway Philadelphia's history.

With Philadelphia so close to New York, it's very possible that large numbers of non-locals will buy tickets to "Hamilton" at the Forrest. But according to Egler, that's not a problem.

"It's not a concern, because it's something that we hope happens," she said, adding the center has been working with Visit Philadelphia to encourage visitors to the city to see the show.

"This gives people, for three months, the opportunity to see currently one of the most popular musicals in the world." 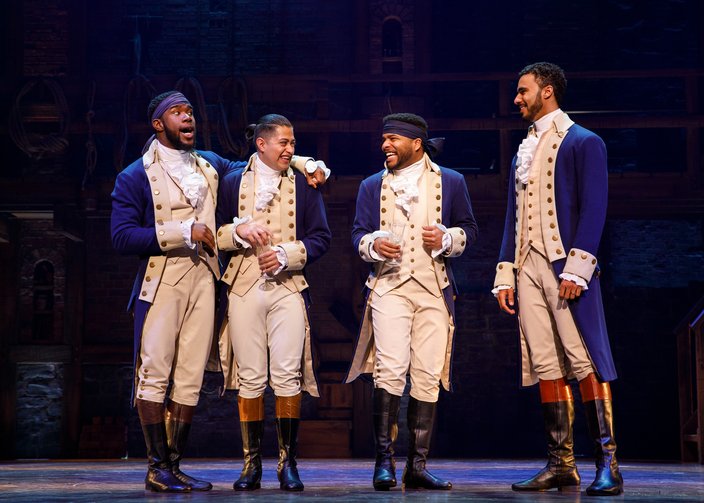 "Hamilton" has additional Philly ties. Lin-Manuel Miranda was once in the cast of the Philly-shot TV series "Do No Harm," and he actually apologized in a 2016 commencement speech at Penn for the lack of mentions of Philadelphia in "Hamilton," aside from one reference to "the crack in the bell." There is not, conspicuously, a Benjamin Franklin character in the show, although the band The Decemberists recorded a profane song called "Ben Franklin's Song" as a "Hamildrop" in 2016.

Egler said that she doesn't expect Miranda, who is currently busy with such projects as the "In The Heights" movie adaptation, to make it to Philly during the "Hamilton" engagement.

During that engagement, the Kimmel Center will host a charity gala, celebrating "Hamilton," on September 29, to benefit performing arts education programs for youth K-12.

And while the show won't be extended past November, Egler confirmed the Kimmel Center is already looking to bring "Hamilton" back to town again in a future Broadway Philadelphia season.

Tickets for "Hamilton" remain available, through TeleCharge. And once the show starts, there will also be a daily digital lottery, through a special Hamilton app, for getting tickets.