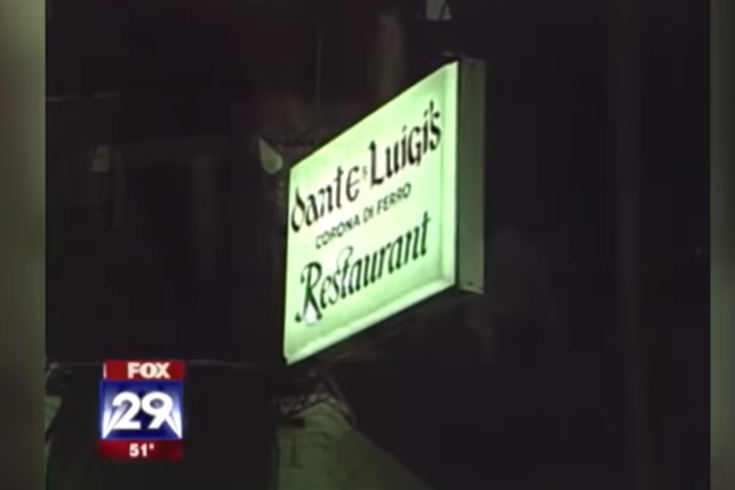 Nicky Scarfo Jr. was shot multiple times while eating dinner at Dante & Luigi's restaurant in South Philly on Halloween night 1989. Scarfo survived the attack, but Philly Mob expert George Anastasia says the shooting marked the end of Nicky Scarfo Sr.'s rein as leader of Philadelphia organized crime. No one was ever charged with carrying out the attempted hit.

In the latest episode of Mob Talk, mob experts George Anastasia and Dave Schratwieser acknowledge some notable recent anniversaries in the Philadelphia organized crime world. But these are not the kinds milestones that warrant a celebration.

A mob hit, a miss and a well-known mob cooperator are among topics discussed.

October marked the 20-year anniversary of the 1999 murder of Philly Mob soldier Ron Turchi. And it has been 30 years since the brazen attempted hit on mob boss Nicky Scarfo's son, Nicky Scarfo Jr. on Halloween night 1989. The shooting happened inside Dante & Luigi's restaurant in South Philly. Anastasia says the attempted killing of Scarfo represented a power shift in the Philly Mob.

Plus, Sammy "The Bull" Gravano makes a big splash with an explosive new online interview.

Watch the latest Mob Talk report (and a previous episode) below, and subscribe to the YouTube channel to view past and future episodes:

In Episode 34 of Mob Talk, mob experts George Anastasia and Dave Schratwieser detail the Philadelphia connection to the so-called "Operation New Connection," an international takedown of 18 alleged Mafia figures in Sicily in July. The investigation, which generated headlines across the world, involved the Inzerillo and Gambino factions of La Cosa Nostra.