The Eagles left tackle's musical talent, however, is not a new revelation 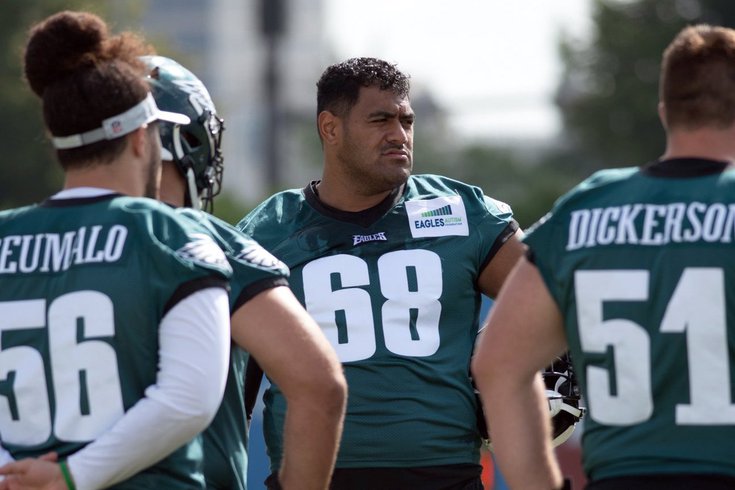 It's no secret to anyone following Eagles training camp this summer that Jordan Mailata is performing at a very-high level in preparation for the 2021 season.

The fourth-year offensive lineman has all but wrestled away the starting left tackle position with his strong play in practices in South Philly over the past few weeks.

Mailata's chances of starting Week 1 against the Atlanta Falcons next month were unofficially solidified Tuesday after fellow left tackle and 2019 first-round draft pick Andre Dillard sprained his knee in practice Tuesday. Dillard, who has not been having a very good training camp, is now out week-to-week.

But during a team meeting Tuesday night, Mailata reminded his teammates that his blocking skills are not his only strength. The Eagles rookies were tasked with singing to their teammates, but the 24-year-old Mailata decided to get in on the fun too.

The 2018 seventh-round draft pick took the microphone and did not disappoint one bit, as he performed a beautiful rendition of the popular country music song "Tennessee Whiskey." The song has been covered by a number of artists over the years, including George Jones and, most recently, Chris Stapleton.

Mailata's teammates absolutely loved it and gave the former Australian rugby player a big round of applause after his performance. His rendition was captured on Brandon Graham and Shaun Bradley's respective Instagram accounts.

Everyone needs to stop what you’re doing and listen to 6’8” 350 lb Jordan Mailata sing Tennessee Whiskey at the Eagles team meeting tonight. Kid has PIPES #FlyEaglesFly

Someone needs to get Eagles OT @jordan_mailata a record deal ASAP.

Mailata's dulcet tones are certainly strong enough to get him a shot on "The Voice" or "American Idol." Forget that, let's just get him a record deal now. Mailata truly has a musical career waiting for him, if he so chooses, once his playing days are done.

But Mailata's beautiful voice is nothing new. His musical talent and gift was noticed during his rookie training camp in 2018.

Eagles fans can only hope that Mailata's singing prowess translates onto the field this season.