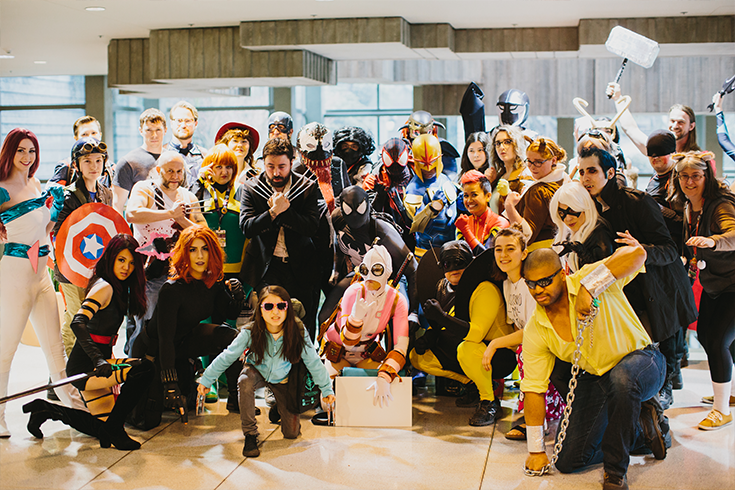 A new convention is coming to Philadelphia that will thrill fans of comic book culture. The inaugural Keystone Comic Con is set to take over the Pennsylvania Convention Center from Friday, September 14 to Sunday, September 16 and will offer attendees an experience that celebrates the best of comics, entertainment and pop culture throughout this region. Tickets are available for purchase now.

Attendees will have the opportunity to meet some of the comic industry’s top talent while exploring a massive show floor filled with exhibitors, family activities, gaming and exclusive merchandise. A star-studded line-up of celebrities is also planned for the weekend, including appearances by cast members of The Office and True Blood, as well as free concerts on the LIVE! Stage by artists like The Gregory Brothers, MC Chris, Mega Ran, Sammus and more. In addition, fans of the Caped Crusader can celebrate Batman Day on September 15 with an incredible lineup of Batman guests including the legendary Frank Miller, Kevin Conroy and Greg Capullo.

One of the main events during the three-day convention is the Keystone Championships of Cosplay, a competition showcasing the talent, skill and determination of the area’s best cosplayers. Each competitor represents a character or element from the pop culture realm and will be evaluated on three skill categories – needlework, armor and FX. The participants will compete for a chance to win cash, prizes and the opportunity to go against the world’s top cosplayers at the 2019 C2E2 Crown Championship of Cosplay in Chicago. To apply to participate in the competition, fill out an application by August 12th.

For those that want to make the most out of their weekend, Keystone Comic Con is offering 3-day Premium and Super VIP ticket packages that give fans access to exclusive offerings and events including access to advance panel reservations, priority queuing, early access to the show floor and LIVE! Stage, and more! For more information on Super VIP and Premium ticket entitlements, click here.