Finalists compete for a headlining show at NYC's Apollo Theater 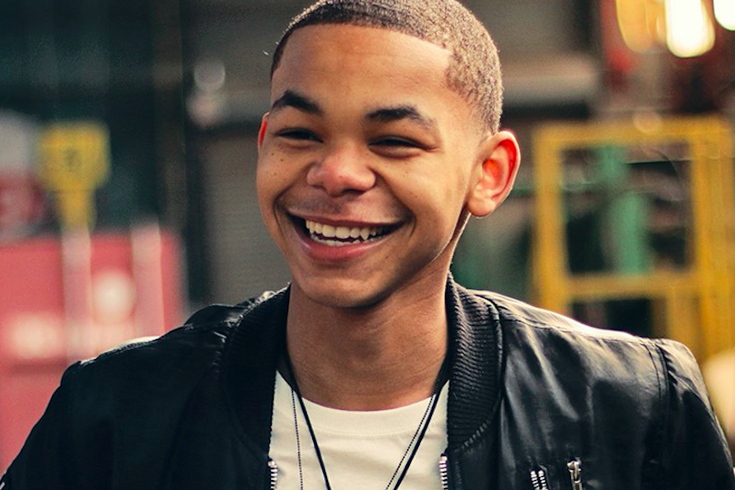 Picture the talents of a younger Chris Brown, Bruno Mars, John Legend and Michael Jackson all wrapped into one. With that, you get 16-year old Cam Anthony.

Tonight, the gifted North Philadelphia native is set to grace the stage – and hopefully wow one of the most notoriously brutal audiences – of the famed Apollo Theater on FOX’s rebooted version of "Showtime at the Apollo."

For Anthony, the gig is a pretty huge deal.

Hosted by Steve Harvey, "Showtime at the Apollo" features a variety of acts performing in front of a live audience. Each week, the crowd picks a winner to return for the talent show’s season finale.

The grand prize? A coveted headlining show at the Apollo Theater.

“[If I won,] it would be confirmation that I’m following in the footsteps of Michael Jackson and some of the greats,” said Anthony, currently a junior at Reach Cyber Charter School in Harrisburg.

“It will also mean a lot because I’ve been working so hard for this for so long.”

Don’t be fooled by his age – the young vocalist possesses talents well beyond his 16 years, according to his vocal producer, Rex Rideout.

“It amazes me the depth of emotion Cam has at such a young age,” said Rideout, who has worked with some legendary artists, including Luther Vandross. “It’s kind of perplexing.”

Anthony has previously wowed crowds on The Ellen DeGeneres Show – when he was only 11 years old – and during two previous performances at the White House Easter Egg Roll, where he impressed former President Barack Obama and First Lady Michelle Obama.

The surreal moment of meeting the POTUS and singing for a White House audience, Anthony said, marked a defining moment in his singing career.

The Apollo crowd is one of the toughest crowds in the world, because if you’re bad, they’re going to kick you off the stage."

“[It confirmed] that this is definitely what I want to do. I love performing in front of people,” Anthony said.

“Seeing the amount of people tell me that my voice gave them a boost during their day, it makes me happy."

Although already is an experienced performer, stage fright does occasionally take hold.

“The Apollo crowd is one of the toughest crowds in the world, because if you’re bad, they’re going to kick you off the stage,” Anthony said.

It’s no lie; even megastar performers including Lauryn Hill and Dave Chappelle once felt the wrath of the unforgiving Apollo audience.

“I just try to go up there, do my best, enjoy myself and win over the crowd; that’s the goal,” Anthony said.

Since discovering his musical gift at age 4, Anthony’s mother has worked closely with her son to achieve just that.

Anthony also credits his Philly roots for their key role in his growth and range as an artist.

“The community that I was in really shaped my musical knowledge,” he said.

Anthony’s on the road a lot these days, including a recent trip to Los Angeles to work on new music, but he says Philly always welcomes him back with open arms.

“I really do love the fact that I can feel the same, if not more, support when I go back home."