For the love of bike sharing: Is Philly ready for Indego? 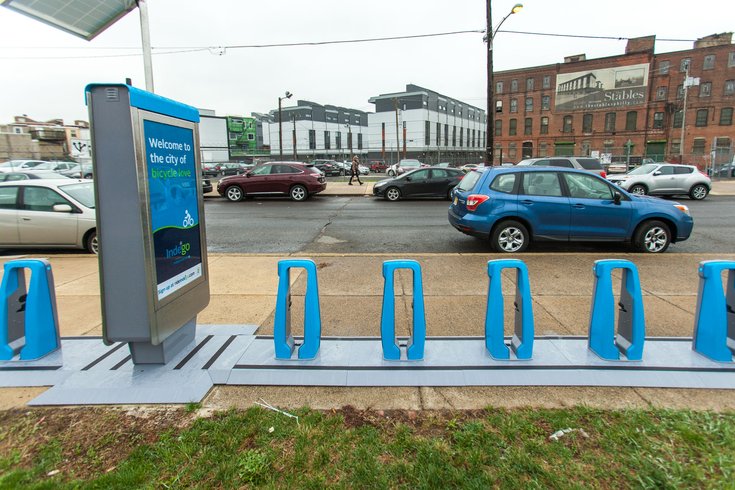 An Indego Bike Share station near the intersection of Germantown Avenue and North 2nd Street in Northern Liberties, Thursday, April 10, 2015.

Bill Chenevert doesn’t need any convincing. The 32-year-old from Newbold is already geared up for the new bike share program that launches in Philly later this month.