Mayor says the city is "excited" and "prepared," but more work to be done before Francis arrives 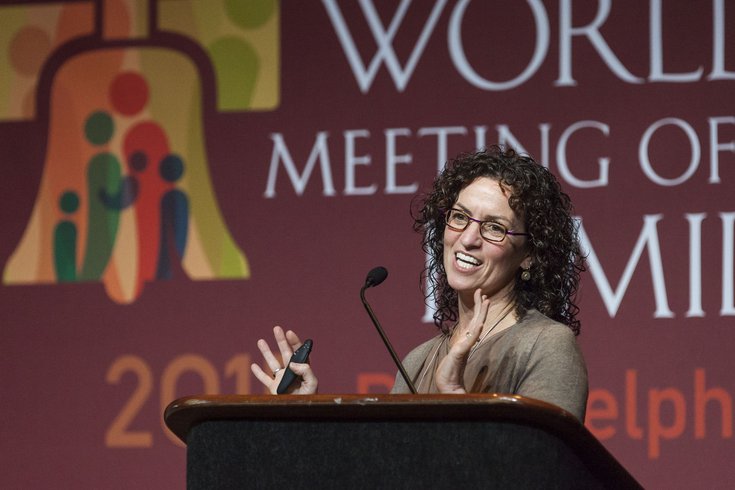 Philadelphia Mayor Michael Nutter, center, spoke along with Jack Ferguson, John McNichol and Meryl Levitz (not pictured), Thursday, September 24, 2015 at the PA Convention Center, regarding "The Impact of WMOF and the Papal Visit for Philadelphia”.

Philadelphia Mayor Michael Nutter and officials from the tourism and hospitality industry told journalists from around the country – and the world – that Philadelphia is ready to host Pope Francis.

The city is "on the world stage," said Jack Ferguson of the city convention and visitors office.

Nutter said the city is "excited" and "prepared," though he cautioned that "a significant amount of work" must be done Thursday night and Friday in advance of the pope's arrival Saturday. 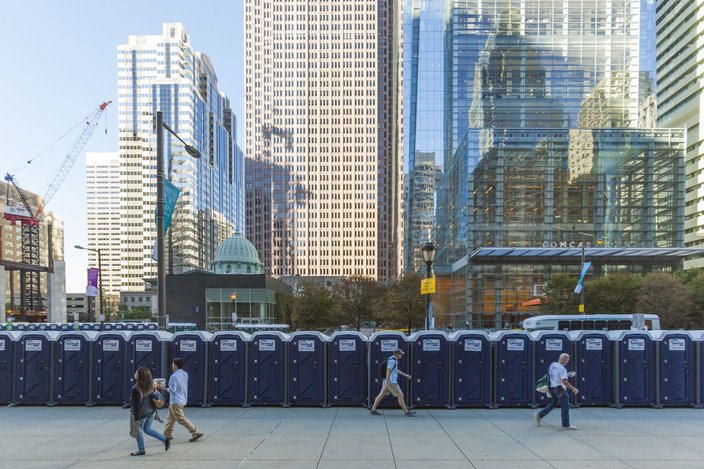 Portable toilets line the 1700 block of JFK Boulevard on Wednesday, September 23, 2015, as preparations for this weekend's visit of Pope Francis to Philadelphia. (Thom Carroll / PhillyVoice)

And while he ballyhooed an optimistic headline about the hospitality industry being upbeat, the mayor once again encouraged fence-sitters to book a room, take public transit, and stay in the city while the pope is here.

Meryl Levitz of Visit Philadelphia said the city has experienced "a magical transformation" preparing for the pope.