Here's what people are saying about the march 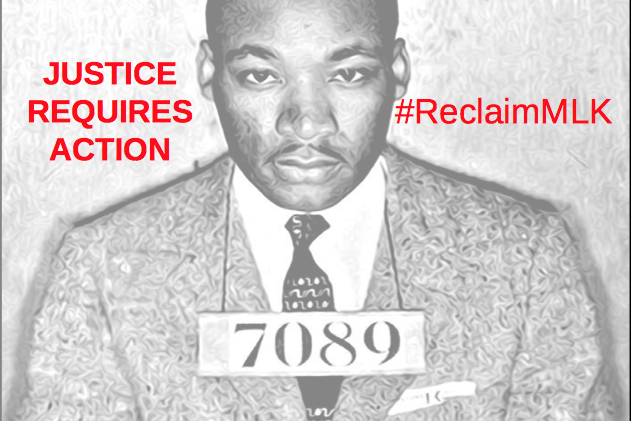 A flyer for the scheduled MLK Day of Action, Resistance, and Empowerment

Martin Luther King Day is usually known as a day of service in Philadelphia — which has the largest volunteer base and is the oldest such community service program in the nation, celebrating 20 years this year. But this year, POWER Philadelphia organized a march as part of the "Black Lives Matter" movement to address race issues from Ferguson, Mo., to Staten Island, N.Y., to Philly.

The New York Times — which called Philadelphia's march one of the day's larger gatherings — reported that attendees wanted to make sure people knew MLK Day isn't just about community service:

“This is to make people aware that it’s not just a day of service,” Wesley Wilson-Bey, 68, said at a rally outside the school district headquarters. “People have relegated Dr. King to just cleaning floors and all that kind of stuff on this day, and that’s not what he was. He was a person who made things happen.”

The march was called a "call to conscience," and the MLK D.A.R.E. Coalition said the purpose was to demand a $15 minimum wage, the right to form unions, fully-funded schools and an end to "Stop and Frisk." It began about 12:30 p.m. at 440 N. Broad St., went south and wrapped around City Hall, then went east down Market Street, ending at 6th Street about 5 p.m.

Protestors of all races, genders and ages participated, according to philly.com. The march drew about 7,000, POWER Philadelphia said in a tweet. There are conflicting reports on how many attended, but a time lapse shows a considerable amount of people marching past City Hall.

Social media users posted throughout the protest under the hashtag #ReclaimMLK. Here's what some shared: 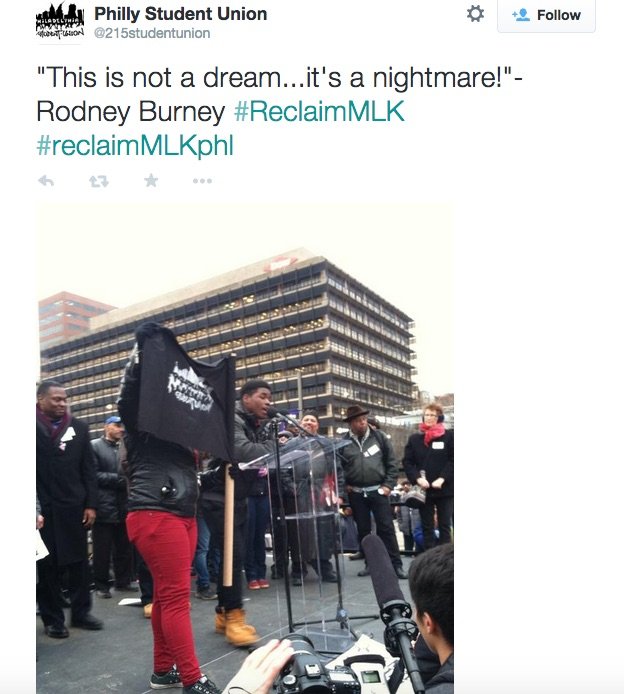 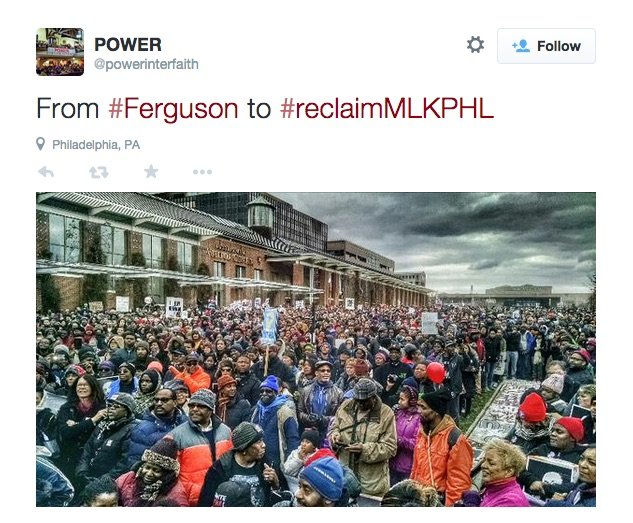 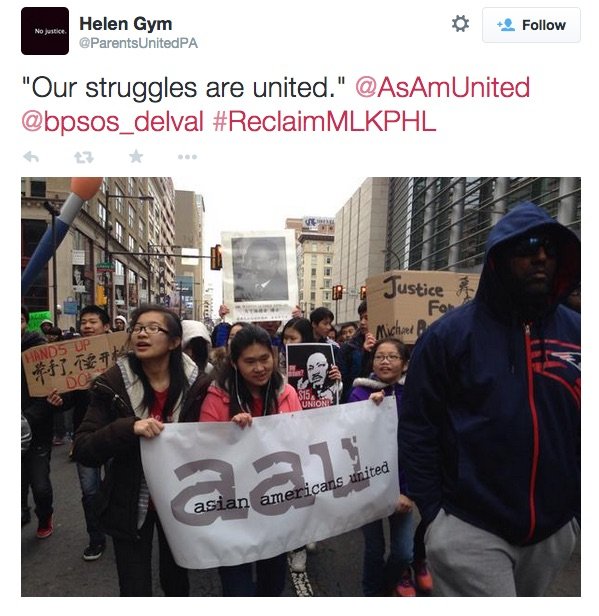 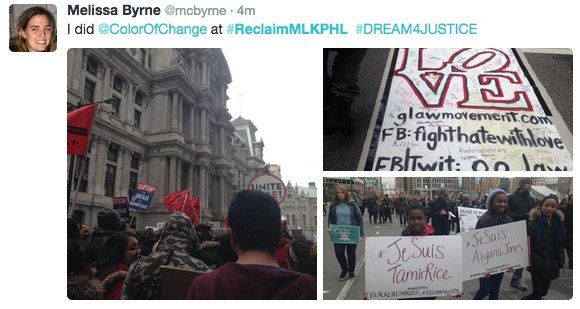