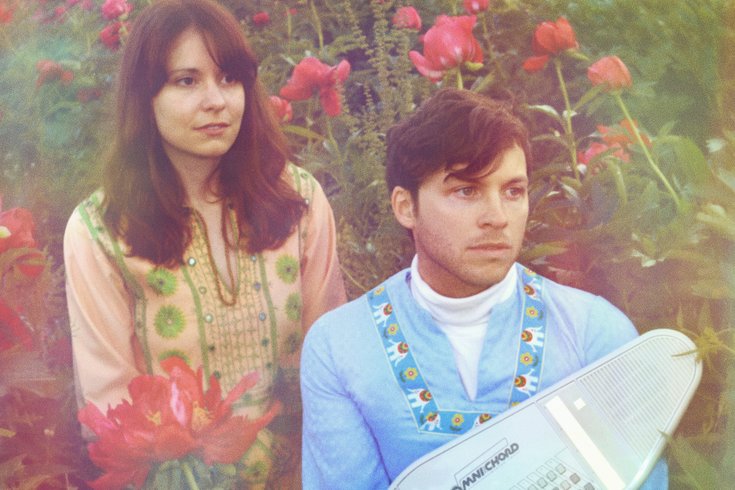 Carol Cleveland Sings will play a record release show for their debut record 'Effervescent Lure' at Boot & Saddle on Oct. 21.

1. Leonard Cohen, “You Want It Darker”

Leonard Cohen has been on a tear lately, and the stunning title track of his 14th full-length — out later this month — gives every indication that we may have another masterpiece on our hands. Arriving just in time for the High Holidays (Shanah Tovah, y’all!), it finds him adopting a familiar stance: addressing the divine with the candor and intimacy of a lover, with a seductively slinky groove to match. The lyrics — a typically Cohenian blend of liturgical allusion and sly self-effacement — deal unflinchingly with mortality, personal failings and the problem of evil, but equally significant to what’s being said here is how he says it. The song is, among other things, a riveting study in contrasting vocal timbre, juxtaposing the songwriter’s iconic bass-baritone growl, somehow gravelly and impossibly smooth at the same time, with the hushed tones of a synagogue choir and the full-throated wailing of Cantor Gideon Zelermyer. (And if the cantorial singing feels like a slightly garish, over-the-top arrangement choice — well, that’s a classic Cohen move, too.)

“Effervescent Lure,” the debut from this Philadelphia bedroom-synth-pop/candy-psych duo, is a sheer delight — a bright, ramshackle indie-pop patchwork of the sort that was rampant in the heyday of Elephant 6 and its ilk but feels mighty rare and precious in our DAW-enabled era. (No surprise that Thomas Hughes, the Spinto Band member who forms half of CCS alongside Gretchen Lohse of Yellow Humphrey, is also affiliated with E6ers The Music Tapes.) It’s almost a disservice to isolate one track, but try this one on: a typically cheery, lyrically dense snapshot of the album’s most baroque, ‘60s-indebted impulses. If it helps, the band’s labels for this one — Carol Cleveland Sings are remarkably meticulous Bandcamp taggers — include: whimsy, torture, skeletons, chamberlin, Lilys [i.e. the Philly psych-pop greats] and Lewis Carroll.

Here’s a cheerful doodle of tribal-psych gibberish from some pseudo-mystical/pseudo-mysterious Swedish pranksters. The album version (which opens their third full-length, “Requiem” — out this Friday) has a bit of birdsong and incantation before it kicks into gear, while the loosie “Union of Mind and Soul” is an alternate take adding some shouty English vocals that kind of kill the whole ethno-delic minstrelsy thing; either way, those recorders (panflutes?) sure are something…

There’s a certain level of technical proficiency that allows musicians to forget about technique entirely, letting it function (as it should) as merely a fluid conduit for the expression of something much more profound. The pedigreed Cretan lutist/vocalist Giorgos Xylouris and A-list indie rock drummer Jim White are two such masterful players, and while there are certainly some instrumental fireworks on display on this title cut of their forthcoming second collaborative album, they pale in comparison to the sheer, ecstatic abandon the duo tap into here — a breathless swirl of sound and energy that collapses the distance between rustic Greek folk music and demented surf-punk.

Happiness can be a complicated thing, particularly if you don’t have it — just ask Mitski or Elliott Smith — but Richard Barratt knows how to strip that yearning down to its essence. The veteran Sheffield producer offered two very different versions of this nostalgia-fueled dancefloor epic as his DFA debut single a few months back: one a bleep-techno shuffle hearkening to his involvement in the very earliest days of Warp records; the flipside a dubbed-out, minimalist house rework. But for the triumphant finale of his just-released LP for the label, he’s recast it yet again as an elemental, soul-stirring gospel-house anthem, all primal-trigger piano chords and unabashed power-of-disco uplift. (Secret bonus points for the ooh-oohs suggesting an unholy link to “Watch Me (Whip/Nae Nae).”)