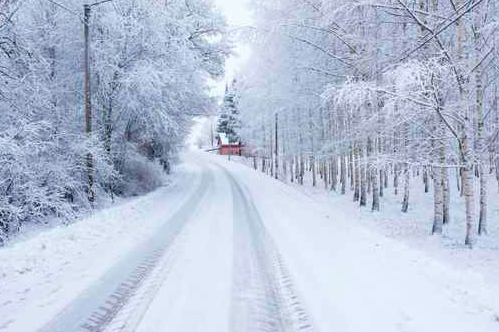 A Pennsylvania woman who was rescued after getting lost with her family in the Grand Canyon survived for more than a day by eating twigs and drinking urine, she's said in the days since her harrowing Christmastime experience.

Search crews rescued 47-year-old Karen Klein, her husband Eric and 10-year-old son Issac in two separate locations on Saturday after the family's car got stuck in a snowy ditch while attempting to reach the North Rim of the Grand Canyon in Arizona. The family got off track due to the winter closure of State Route 67 and opted for a treacherous alternate road.

Klein, a community college professor from Easton, walked nearly 26 miles to to find help at while her husband and son sought higher ground to establish cell phone service. Search crews eventually located the marathon runner and triathelete curled up on a bed inside a cabin and suffering from exhaustion.

In the days since a Pennsylvania sheriff's official referred to the incident as "a Christmas miracle," Klein told The Morning Call that as desperation and hallucinations set in, she made the decision to eat twigs and drink urine so that she could survive.

Eric Klein managed to alert authorities after locating cell phone service. He and the couple's son were treated for exposure. Karen received treatment in Utah for what officials descibed as " pretty severe cold hands injuries."

Authorities said Forest Road 22, the alternate route where the family got stuck, has been a source of numerous problems in part because Google Maps suggests the road should be navigable.