The city's sidewalks are 'riddled with barriers,' suit alleges 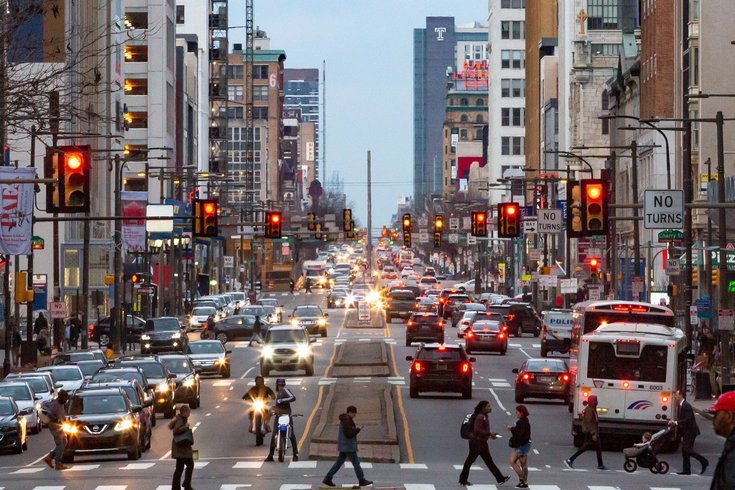 A lawsuit filed Monday alleges Philadephia's sidewalks are 'riddled with barriers' that make them unsafe for people with disabilities.

Walking down Philadelphia’s streets — especially in the summertime when restaurants' outdoor seating is set up — can be tricky to navigate for pedestrians. But for those living with disabilities, it’s particularly difficult to travel on city sidewalks safely.

A class-action lawsuit filed against the city alleges Philadelphia "discriminates against residents and visitors with disabilities that affect their mobility by failing to make its sidewalks and pedestrian routes accessible to people who use wheelchairs or are blind."

The lawsuit was filed on Monday in the U.S. District Court for the Eastern District of Pennsylvania.

The suit claims Philly's sidewalks are "riddled with barriers" that make travel difficult and often dangerous for people with disabilities – especially those who use wheelchairs, motorized scooters or have visual impairments.

A lack of curb ramps – or insufficient and unsafe ramps – mark another issue for disabled people, the suit claims. It also identifies several other safety issues: Sloping and crumbling sidewalks and crosswalks, unsafe alternate routes during construction zones and snow piles that block sidewalk access.

Objects blocking the pedestrian paths, including parked cars, sandwich boards and outdoor furniture, are another problem, the suit claims.

The lawsuit calls on the city to ensure that all individuals with mobility disabilities can travel safely throughout the city by making all sidewalks fully accessible. It also seeks an evaluation of the city's entire sidewalk system and a schedule for remediating any travel barriers.

Liam Dougherty, a West Philadelphia resident and one of the plaintiffs, said his wheelchair has tipped over multiple times because of the city's sidewalk conditions.

"As a lifelong resident of Philadelphia, I find it particularly upsetting to see how Philadelphia disregards the needs of people with mobility disabilities like me," Dougherty said in a statement. "Philadelphia’s failure to create and maintain accessible paths of travel has made it difficult and, at times, impossible for me to go to work, school and church, and has prevented me from being able to fully experience life in Philadelphia with my family.”

Representatives from Mayor Jim Kenney's office explain that "the City has not been served with the complaint.  Upon receipt, it will review and assess the allegations and the City’s defenses."