Buy tickets while you still can 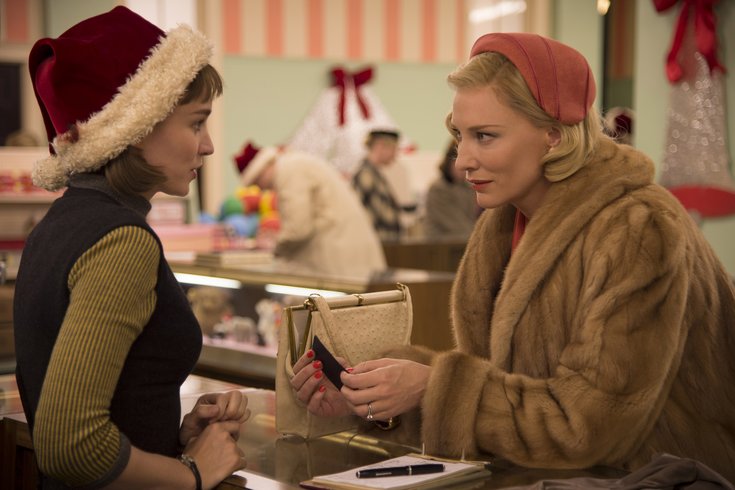 Now in its 24th year, the Philadelphia Film Festival has a packed schedule of fresh flicks for local audiences this fall. Running Thursday, Oct. 22 through Sunday, Nov. 1, the festival features films from all over the world, including ones made by Philly's own local filmmakers.

This year's program also includes plenty of star-studded, highly-anticipated films that are sure to heat up the 2015 Oscar race. "Carol," a love story between women played by Cate Blanchett and Rooney Mara, will play Sunday, Oct. 25. Sandra Bullock and Billy Bob Thorton star in "Our Brand is Crisis," the tale of an American management team's effort to rehab a Bolivian presidential candidate's image, playing Saturday, Oct. 24. The adaptation of Emma Donahue's bestselling novel "Room," starring Brie Larson, will play Friday, Oct. 23.

Antonio Banderas, Juliette Binoche and James Brolin will bring to life the story of the Chilean miners trapped in the August 2010 mine collapse in "The 33," playing Monday, Oct. 26. Oscar winning director Brian Helgeland brings "Legend," starring Tom Hardy, to the screen Saturday, Oct. 31. Saturday, Oct. 24, Michael Fassbender and Marion Cotillard star in Justin Kurzel's adaptation of "Macbeth." These, plus many other international, foreign language, local and independent films will be screened during the festival.

To attend the festival, you can buy tickets in advance of each screening online or purchase a badge. Ranging from $175 to $1500, festival badges are carefully tiered for weekend visitors, casual viewers and all-access film fans. Individual tickets are just $13, but should be purchased well in advance to ensure a seat.