PhillyVoice's 'This Week in Philly' Quizzo round (April 30-May 6) 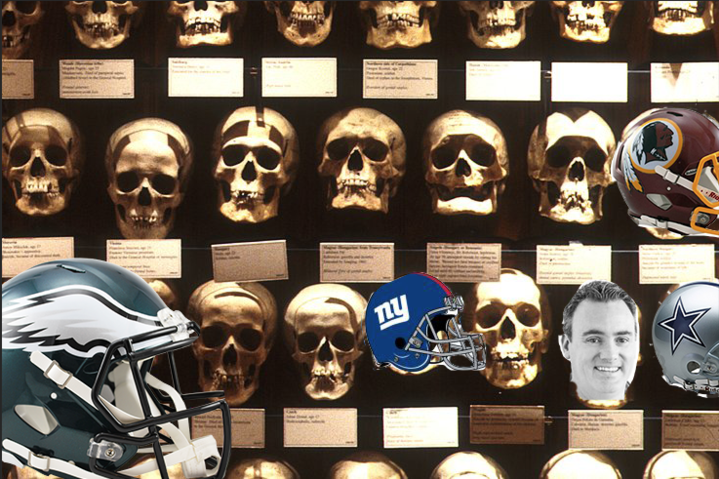 Some of this week's Quizzo subjects are photoshopped into this image involving one of the questions.

1. A nearly 300-year-old letter housed at the Historical Society of Pennsylvania tells of treasure buried beneath what Philadelphia neighborhood?

3. A Bucks County barbecue joint gave away 150 free sandwiches as part of an effort to make a statement against what Philadelphia athlete?

4. What NFL team drafted Will Parks, who graduated from the since-shuttered Germantown High School and the University of Arizona?

5. A homeless housing center that opened in Chinatown this week is named after what noteworthy recent visitor to Philadelphia?

6. Between last Friday and this Tuesday, how many banks were robbed in Center City?

7. Name the two well-known national political figures expected to attend the University of Pennsylvania’s commencement ceremony on May 15.

8. What Philadelphia museum announced it would host a one-night-only beer garden on May 26?

10. What three members of Philadelphia City Council spoke at a soda-tax protest outside City Hall on Wednesday?

Bonus question: Who said this “Quote of the Week”? “A field guide was written that actually enables people to do that. It’s in print. ‘That Gunk on Your Car.’ People use it to identify splattered bugs on their windshields.”