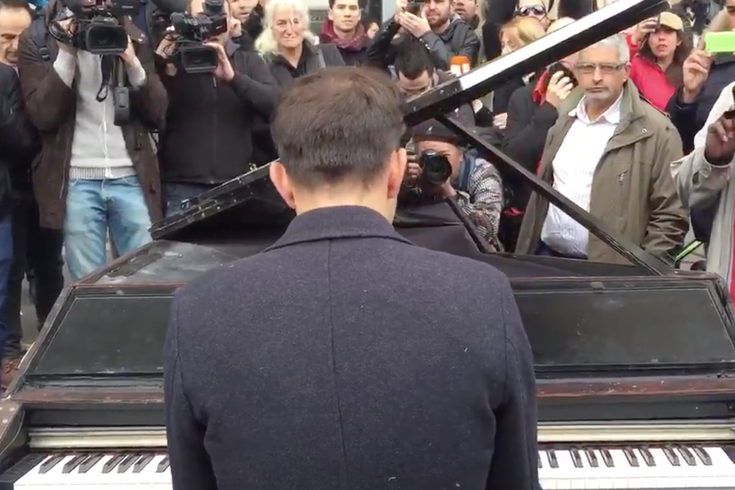 At a vigil held outside a Paris concert hall hit during a series of terrorist attacks that killed more than 120 people Friday, one man traded words expressing condolences for a song of hope.

According to the New York Daily News, German pianist Davide Martello wheeled a grand piano outside the Bataclan concert hall and played an instrumental version of John Lennon's "Imagine" for those paying their respects Saturday.

Martello, who has performed in 35 countries and several U.S. cities, according to the Daily News, quietly rolled away his piano after the performance, which part of aired live on CNN. Watch a portion of his cover below:

Martello tweeted out a link to an article about the cover, saying he felt for Parisians in the wake of the deadly attacks.

Paris - I feel with you. Let's stand together for a free and peaceful world. https://t.co/4OftYEftuV

On Friday night, Coldplay also covered Lennon's 1971 song during a show in Los Angeles following the news of the attacks, according to the website NME.