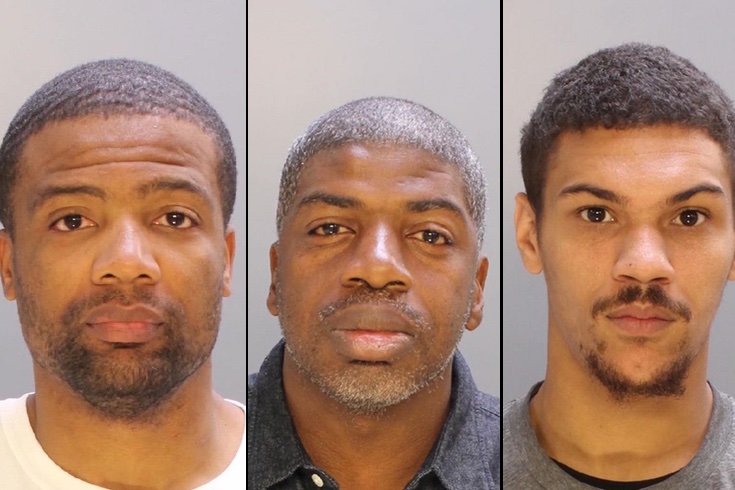 Four Philadelphia men were arrested this week for an alleged heist inside the Moorestown Mall that was linked to a burglary in Willow Grove, Philadelphia police announced Thursday.

According to authorities, three men entered a Macy's located at the Moorestown Mall on Sunday around 6:30 p.m. They stole polo jackets that were valued at $5,300 and fled the scene in a dark-colored SUV.

After the robbery, store security alerted other Macy's locations in the area.

Later that evening, the men were seen in the Macy's located at 13th and Market Streets in Center City. However, the suspects left the store after noticing store security. The men fled the area in a black 2011 Infiniti QX56 SUV, which was reported stolen from a car dealership in Willow Grove on Nov. 6. A blue 2013 Infiniti G37 sedan was also stolen during the burglary.

One day later, the men returned to the Macy's in Center City and "cased the Polo display." However, nothing was stolen and the suspect left in the same stolen SUV.

On Tuesday around 3:30 p.m., Philly police officers observed the stolen SUV parked on the 3200 of Turner Street in the city's Strawberry Mansion section. The FBI set up surveillance and saw the four men enter the vehicle. They were stopped and brought in for questioning.

Last month, a similar robbery occurred at the Macy's on Cottman Avenue in Northeast Philly. On Oct. 27, three suspects smashed the glass of a Movado display and threw 14 watches valued at more than $16,000 into trash bags before fleeing.

Police believe those men are linked to another smash-and-grab robbery in Center City. On Oct. 25, a group of people stole $45,000 in merchandise after a 2016 Toyota Rav4 smashed Boyds' storefront window.

No one has been charged in those incidents yet.