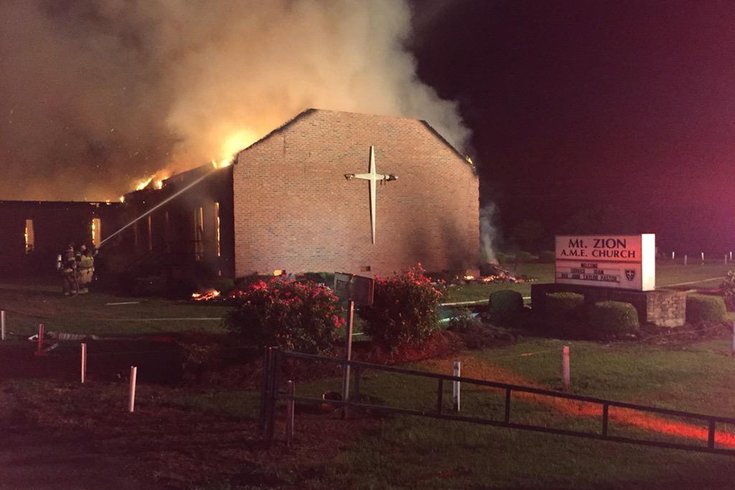 A fire that destroyed a Mount Zion African Methodist Episcopal church in Greeleyville, South Carolina, on Tuesday was from natural causes and not linked to a spate of fires at similar churches across the South, state police said.

The U.S. Department of Justice is investigating the fires and has so far determined that one was an electrical fire and two others were from natural causes. The fires were being investigated against the backdrop of the June 17 shooting of nine black churchgoers at a historic black church in Charleston, South Carolina.

The man arrested after the shootings is 21-year-old Dylann Roof, who had posed with the Civil War-era Confederate battle flag in photos posted on a website that also displayed a racist manifesto attributed to him.

The South Carolina Law Enforcement Division said in a statement on Thursday that the Greeleyville church fire probe was completed and "investigators observed no indicator of criminal intent."

"Based upon the scene examination, the fire debris analysis, witness statements and a lightning strike report, the cause of the fire was best classified as natural," the statement said.