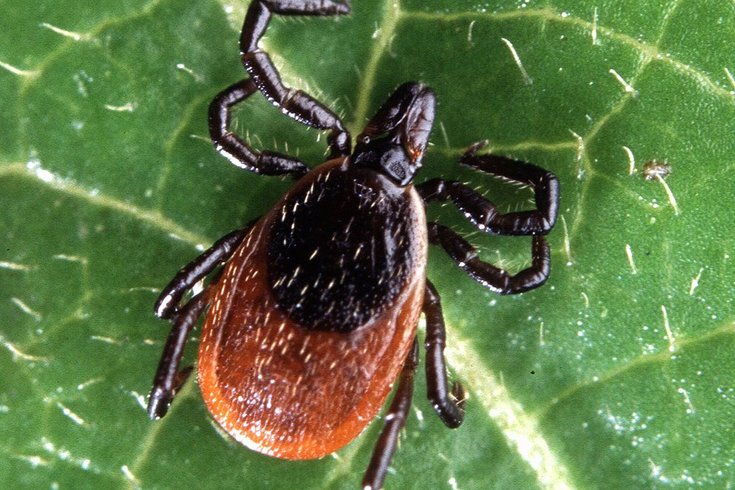 An elderly Sussex County man died last month after suffering from the effects of a rare virus transmitted by deer ticks.

The county division of health confirmed an investigation of the man's death this week as a second case of the infection — known as Powassan virus — was reported in Sussex County.

While the county did not identify the victim or definitely say he was killed by Powassan virus, the man's daughter came forward to the New Jersey Herald to confirm the diagnosis.

Dianne Rude said her father, 80-year-old Armand Desormeaux, of Hampton, died May 16 at Newton Medical Center. An infectious disease doctor confirmed that Desormeaux had Powassan virus after a testing was completed by the Centers for Disease Control & Prevention.

The CDC says many people who become infected with the virus don't develop symptoms. An incubation period can take up to a month before patients are impacted by sudden havoc on the central nervous system. In serious cases, patients can develop encephalitis or meningitis.

Rude said her father had been relatively healthy for his age up until he started experiencing disturbing symptoms — uncontrollable tremors, loss of verbal skills and inability to move his limbs.

Desormeaux reported that he'd been bitten by a tick while gardening around April 15, but said he removed it and didn't think much of it because he saw no rash or mark.

Powassan virus is carried by deer ticks and woodchuck ticks. People who have other medical conditions are more susceptible to the virus than those who are healthy and while the virus is generally not fatal, many surviving patients are left with neurological symptoms for the rest of their lives.

There have only been about 75 cases of Powassan virus in the United States over the last 75 years, ten of them fatal since 2008. Only one other person in New Jersey, a Warren County woman who became infected in 2013, has died from the virus.

Officials said the second individual infected with the virus in Sussex County is now at home recovering.

As tick season enters full swing, those spending time outdoors are advised to take precautions against bites and check themselves after activities that may leave them exposed.