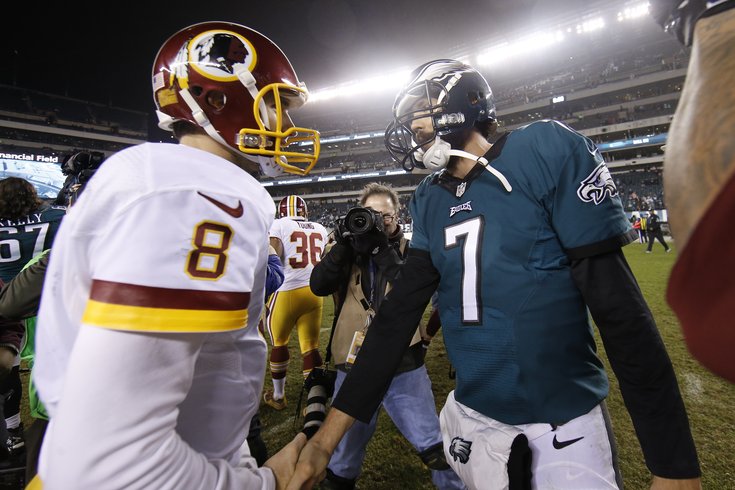 Sam Bradford put up "OK" numbers the last half of the 2015 season. Kirk Cousins put up big boy numbers.

INDIANAPOLIS – It was widely expected that the Washington Redskins would franchise tag Kirk Cousins if they could not work out a long-term deal with him, and that is exactly what will happen, according to Adam Schefter of ESPN.

Redskins are tagging QB Kirk Cousins, per league source. Only decision left is whether team uses franchise or transition tag on him.

Cousins beat the Philadelphia Eagles twice last season, once on a late game-winning drive, and then later in Week 16 in a blowout that ended the Eagles' playoff hopes. Here were his numbers against the Birds last year:

Many point to the second half of the season that Sam Bradford had in 2015. By comparison, here's how good Kirk Cousins was:

Cousins was been brought up as a potential Eagles target when it was reported that Cousins and the Redskins had cut off talks on a long-term deal. The Eagles acquiring Cousins was never even a remote consideration.