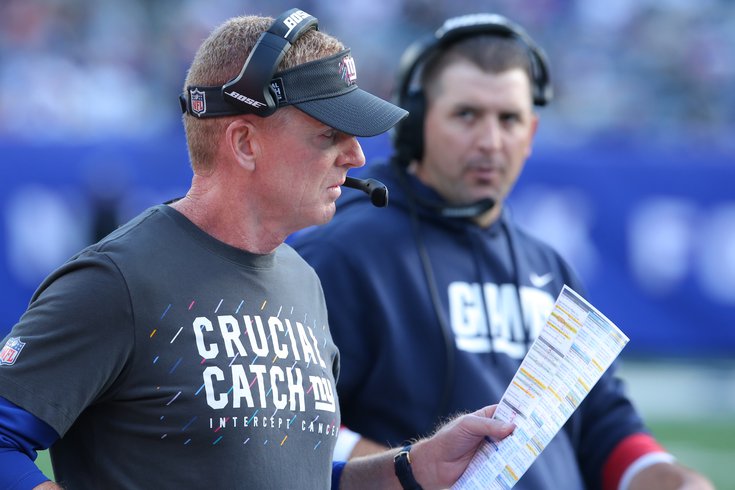 When the Philadelphia Eagles face the New York Giants this Sunday, they'll have to prepare for an offense that is no longer led by Jason Garrett, who was fired on Tuesday, according to Pat Leonard of the New York Daily News.

Garrett was often criticized for running a bland scheme, and in 2020 the Giants' offensive production was among the worst in the league:

The Giants' offensive ineptitude was on full display on Monday Night Football in a game in front of a national audience in which the Giants had some truly awful moments that were being widely mocked on Tuesday. For example:

.@Giants on 3-2. You add your own commentary. It’s just a bad looking operation from the get go #BaldysBreakdowns pic.twitter.com/MCldwEj4mW

According to Leonard, Freddie Kitchens will likely take over as the Giants' offensive playcaller. Kitchens was Cleveland's offensive coordinator in 2018, and the their head coach in 2019. His offensive rankings those seasons:

This move is probably bad news for the Eagles. Garrett's offense was bland, bad, and predictable, whereas Kitchens' version will at least be something of a mystery.