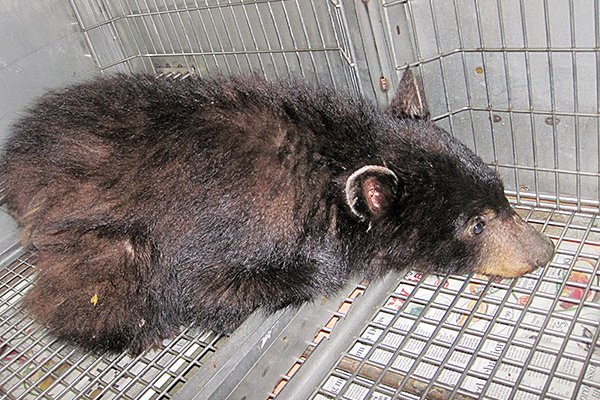 Oregon Department of Fish and Wildlife/Website

This black bear cub is headed to a Pennsylvania zoo after being rescued in Oregon.

A black bear cub rescued by Oregon State Police is headed to a Pennsylvania zoo.

KVAL reports that the bear, found near a campsite in Oregon over Memorial Day weekend, will be sent to ZooAmerica, which is located in Hershey.

The bear was discovered incredibly underweight for its age, according to the Oregon Department of Fish and Wildlife. When it was taken in, the animal showed signs of malnourishment, begging for food and unafraid of humans.

The department said the bear's comfortability around people suggests it may have been picked up and kept as a pet before being released back into the wild.

Colin Gillin, a veterinarian for the department, said that people should leave wildlife alone and never assume that a baby animal is orphaned or in need of domestication.