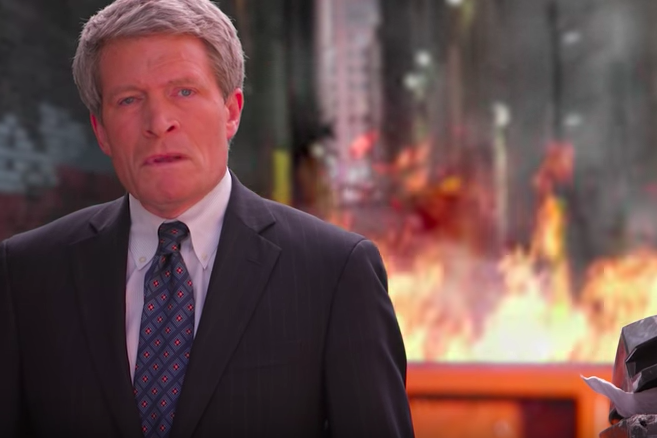 Richard Painter standing in front of a dumpster fire in his first campaign ad for his run for U.S. Senate in Minnesota.

It's certainly not Milton Street speaking in front of a coffin, but it's right up there in terms of political showmanship.

Richard Painter is running for U.S. Senate in Minnesota to replace Al Franken, who resigned amid allegations of groping women. Painter, who was born in Philadelphia, is a lawyer who worked in the George W. Bush administration. He switched to the Democratic Party for his Senate run and is vocally opposed to President Donald Trump. In the Democratic primary, Painter is running against Tina Smith, who was appointed to the Senate seat after Franken resigned.

In his first campaign ad, Painter promises to douse the "dumpster fire" in Washington. And in order to get his point across, he stands in front of a literal dumpster fire. No further description can do the ad any justice, so, here it is: