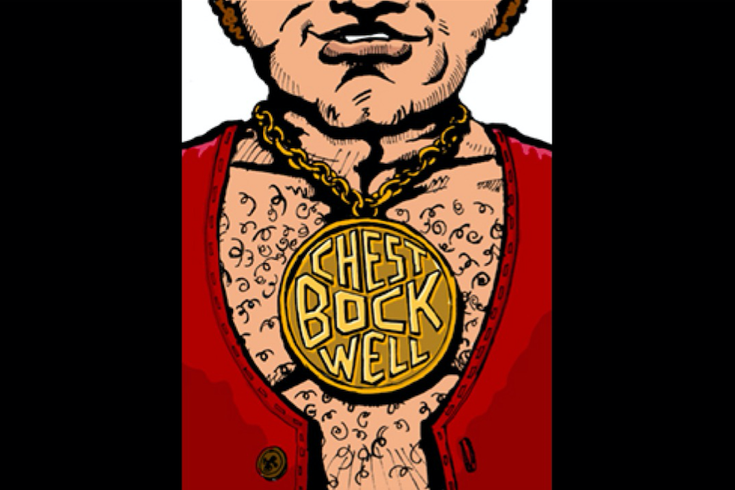 Chest Bockwell is a collaboration between Sly Fox Brewing Co. and Barcade.

In a meeting of the minds, two of the Philadelphia area's most treasured beer-loving establishments have teamed up on a brand-new beer set to be released early next month.

“Barcade has been a champion of craft beer for more than a decade, way before craft beer was cool, and brewing a beer for them is an honor,” said O’Reilly. “When we started discussing the brew with the group, the idea of a Chestnut Bock stuck out to me. It was a challenge bringing an unusual ingredient like chestnuts into such a traditional style, and I am proud to say we pulled it off. The chestnut flour really added an interesting depth to this malt-forward beer in a balanced and delicious way.”

“We have been great fans of Sly Fox for years and have been talking about working on an exclusive with them for some time," said Barcade's Paul Kermizian. "We really enjoy traditional German-style lagers but also beers with unusual ingredients. Here, we balanced those conflicting interests and developed a truly flavorful beer.”

Chest Bockwell debuts at Barcade on Thursday, April 6, at 4 p.m. for a multi-tap event featuring a range of Sly Fox drafts. As always with Barcade's one-off beers, supplies will be limited.