Straight Shooters: An in-depth look at the history of NXT call-ups

An in-depth look at the history of NXT call-ups 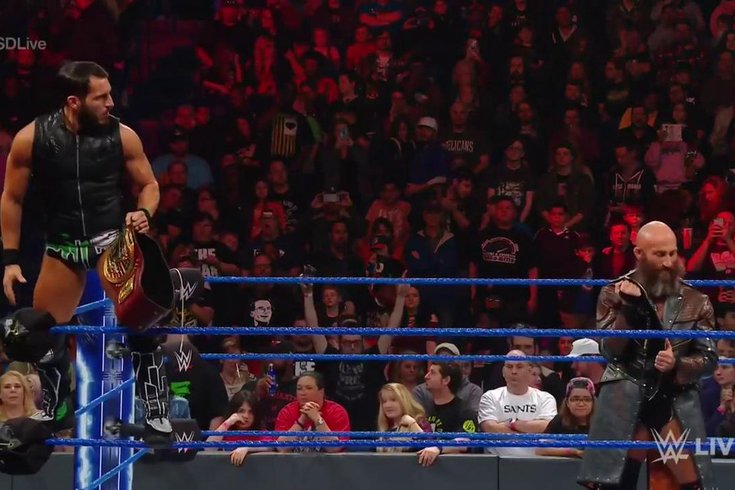 Johnny Gargano and Tommaso Ciampa get ready for their match against Cesaro and Sheamus on Tuesday night's SmackDown Live.

Four high-profile NXT talents made their main roster debuts this week on RAW and SmackDown Live... but why?

With no build or anticipation, NXT Champion Tommaso Ciampa, Johnny Gargano, Ricochet, and Aleister Black all made their debuts one night after WWE's latest pay-per-view, Elimination Chamber. They all were booked strongly and got some big wins... but does it mean anything in the long run?

Nick Piccone (@nickpiccone) Vaughn Johnson (@VaughnMJohnson) discuss what happened, but also took an in-depth look at almost all of the NXT call-ups over the years, where that talent is now, and whether or not they could be labeled successes, failures, or still in limbo.

From 2012 to present days, there have been plenty of superstars who've made it on the main roster, and plenty that have not. We take a look at what went wrong, what went right, and what's still to be determined, including some NXT international talents that are getting ready to be called up after WrestleMania season.