Ted Cruz got a custom Eagles jersey for some reason

Why does the Texas senator have a midnight green shirt? 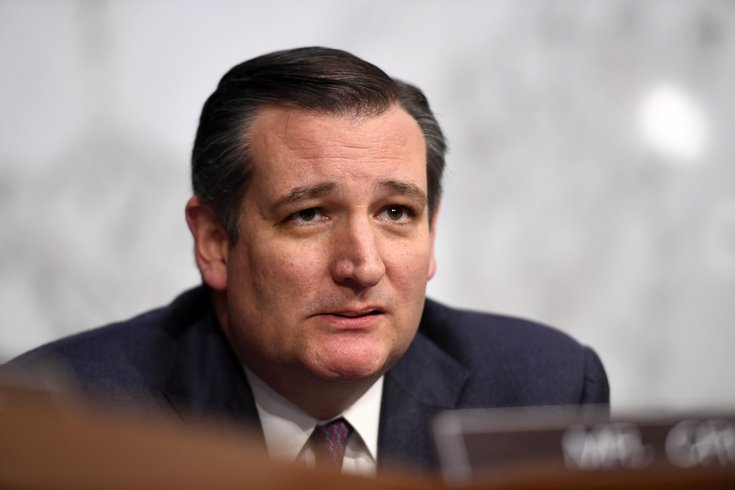 Texas Sen. Ted Cruz was in Philadelphia Wednesday to talk about energy. For whatever reason, the politician who hails from the land of the Dallas Cowboys received a custom Eagles jersey for his troubles.

Get a load of this:

Look, this has nothing to do with the fact that Cruz is a Republican. Plenty of local GOPers celebrated the Eagles' Super Bowl victory, which is a good thing. It's something we can enjoy together regardless of political leanings.

Cruz is one of those politicians with two football teams in his state, so he pulls the whole "I like them both!" shtick. Which I sort of get when you hold statewide office; Pennsylvania Gov. Tom Wolf does the same thing, for example.

But again, Cruz is from Texas. Maybe he doesn't care about sports, and that's fine. Maybe Bob Casey and Pat Toomey don't really care either, but neither is dumb enough to be caught holding up a Cowboys jersey.

You may be thinking about Chris Christie, the now former governor of New Jersey who was a Cowboys fan, despite his state's fans being split mostly between two other NFC East teams: the Giants and Eagles. Well, Chris was one of those front-running kids who betrayed his family, and those people are generally not beholden to acceptable behavior, regardless of whether they hold elected office.

On top of all that, nobody likes Ted Cruz. Seriously, not even people in his own party! Former President George W. Bush on Cruz: "I just don't like that guy." Now he has an Eagles jersey to wear. I don't think Ted Cruz in midnight green is what Jason Kelce had in mind.

If you're not mad yet, check out this tweet from someone who worked on Cruz's presidential campaign after the Eagles won the Super Bowl.

Ted, if you're reading this, please get rid of the jersey, preferably by finding an Eagles fan whose last name is also Cruz. If you don't, be prepared for the attack ads from Birds fans during your re-election campaign this year.

Ted Cruz holding an Eagles jersey with his name on it will make for good attack as fodder in the Dallas-Fort Worth area https://t.co/vXYsggQQ4p