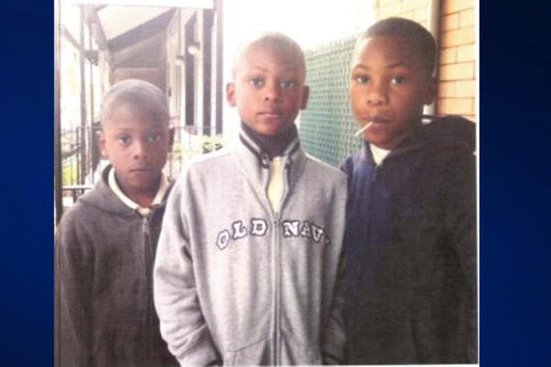 Police have not disclosed how the boys initially went missing.

A father of three young boys has reported his children missing after officials at their West Philadelphia school, only a block away from home, said they never arrived on Friday.

NBC Philadelphia reports that the boys, who range from 6 to 9 years old, were last seen around 8:15 a.m. on Friday morning when they left home to walk to the James Rhodes Elementary School at 49th and Parrish streets.

The boys' father told investigators he believes that 9-year-old Zair Bell and his younger brothers, Yashua and Naziyr, age 7 and 6, respectively, are with his ex-wife. The two are involved in an ongoing custody dispute and the father, who retains full custody of one of the children and partial custody of the other two, says the mother has not responded to attempts to contact her since he discovered the boys were missing on Friday afternoon.

Per the NBC Philadelphia report:

All three had yellow shirts and blue khakis on, according to authorities.

For those who may have information on the boys' whereabouts, the Philadelphia Police Department's Southwest Detectives can be reached at 215-686-3183 or 911.