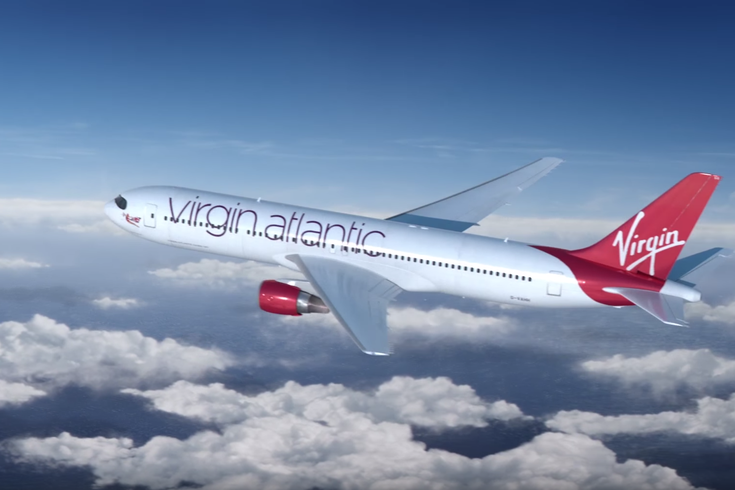 While you were sleeping, a Boeing 787-9 twin jet airplane was ripping over Pennsylvania at more than 800 mph.

At least, kind of.

A curiously strong jet stream, as noted by the Washington Post and weather experts all over, was sweeping across the northeast on Tuesday evening.

One Virgin Atlantic flight, heading from Los Angeles to London, happened to pass over Pennsylvania as the winds were particularly robust, so much so that it peaked around 801 mph:

That #jetstream! 🌬️ Highest wind speed at 250 millibars in the period of record for those locations near NYC, and for a jet ✈️ over PA last evening an *801* mph ground speed #wow (h/t @gdimeweather, https://t.co/MIqBu7mHNf) pic.twitter.com/RaL2HRQ5Z1

One Twitter user, Peter James, said he’d never seen a tailwind of 200 mph during his time as a commercial pilot:

Almost 800 mph now never ever seen this kind of tailwind in my life as a commercial pilot !! (200 mph tailwind ) pic.twitter.com/0XGTkEP9EB

Keep in mind, of course, that the speed of sound is about 758 mph.

So that does mean there was a sonic boom over Pennsylvania on Tuesday night? Unfortunately, no, because the 801 mph figure was the plane’s ground speed, not its air speed.

And looking at it another way, the ground speed is how fast you’d have to be moving on the ground in order to keep pace with the plane in the air.

The plane that passed over Pennsylvania on Tuesday night has maximum propulsion of 587 mph, according to the Post, which means that jet stream was doing some serious work.

In any case, a very fast airplane flew over Pennsylvania last night, which is neat.