The 20-story building will have retail space available as well, the developer says 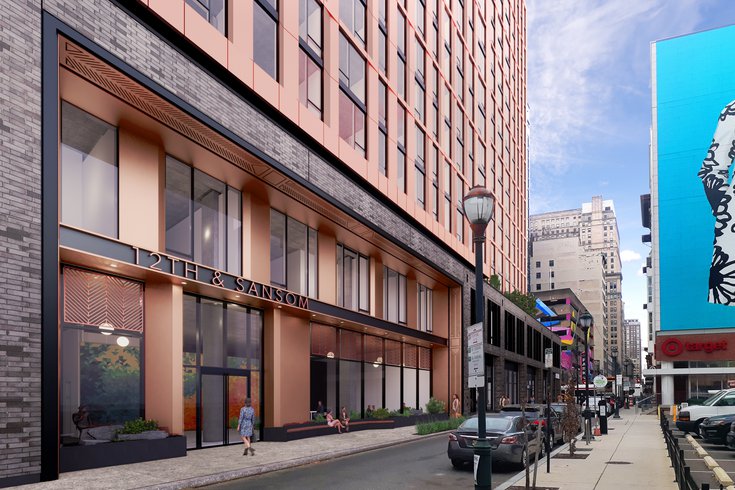 Construction on a new $100 million apartment building will start in Center City in the coming months, located at 12th and Sansom streets.

Construction on a $100 million, 20-story apartment building in Center City is scheduled to start in the coming months.

The apartment building, which will be located at 12th and Sansom streets, will have nearly 400 units and 11,000 square feet of commercial space.

Construction is estimated to end in the summer of 2023, the Philadelphia Business Journal reported. It will take the place of a current parking garage, set to be demolished over the next few months.

The project comes out of rental property company Greystar, which already manages 7,000 apartment units across the Philadelphia region, and was designed by BLT Architects.

At the end of the first quarter, the rate sat at 9% in the city and 3.3% in the suburbs, according to a report from Delta Associates, the Journal reported. Though, Delta says these conditions are "temporary and are pandemic-driven," and should improve as vaccination rates rise and the economy bounces back.

In fact, Philadelphia saw less of its residents leave during the pandemic compared to other large cities like New York City and Boston.

Despite the lower vacancy numbers, construction on several residential buildings are underway in the city. At the end of 2020, approximately 10,000 apartment units were under construction and several projects are moving through the application and approval process.

Greystar's executives said the company is not worried about vacancy levels across the city.

“I think the depth of the market is very strong,” George Hayward, senior director at Greystar, said to the Journal. “We think that for many folks who are not familiar with the city, Philadelphia has been hiding in plain sight.”

Hayward said the company hopes to use its retail space to draw in more residents, like coffee users, a restaurant or a small format market.

Greystar has more than 15 properties in Center City alone, according to its website. The company is partnering with Mesirow Financial, a Chicago firm, to fund the new building.