12 Philly-centric books to read this summer

From pulp to true crime and history, these lesser-known tomes about Philadelphia are well worth a second look 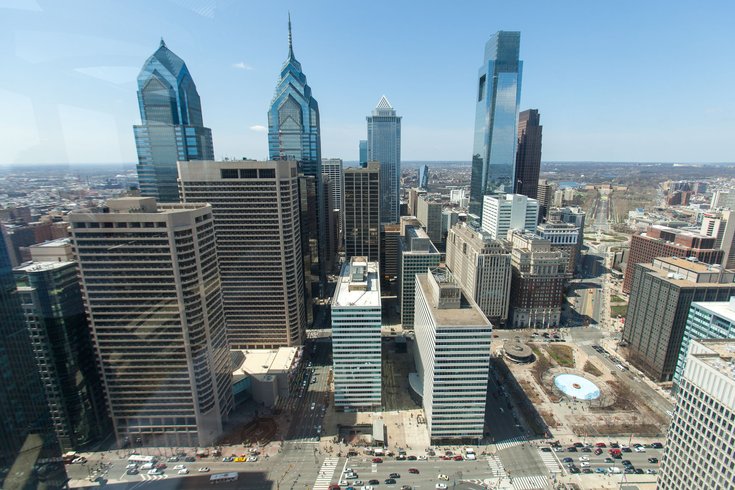 Gillian Roberts’ mysteries and Jennifer Weiner’s chick lit aren’t the only books set in the City of Brotherly Love. When it comes to great, sometimes surprising, reads, Philly has charmed quite a few writers with its complex cultural history. From romance to pulp, and history to the underground, Philadelphia has been the setting for both fictional and non-fictional books that delight, terrify and enlighten – and that definitely stand the test of time as unforgettable summer reads.

Dr. Mutter’s Marvels: A True Tale of Intrigue and Innovation at the Dawn of Modern Medicine

The Mutter Museum has long been a strange and fascinating destination for tourists and locals alike. This well-researched book tells the true story of the eccentric doctor who revolutionized surgery in the 19th century and founded what was to become the nation’s most famous museum of medical oddities. From performing operations without anesthesia to early plastic surgery experiments, this mesmerizing book takes an eye-opening look at the man known as the “P.T. Barnum of the surgery room.” You may never look at the museum or modern medicine the same way again.

This dramatic novel takes a scathing look at Philadelphia’s high society. Written by a lawyer from Europe who moved in the circles in which he writes, the story follows the exploits of Ben Butler, also a lawyer, who must decide whether he will fall into the arms of a boozy (and rich) divorcee or into the office at one of the most powerful law firms in the city. Juxtaposing Philly’s most upscale neighborhood with the city’s slums, the novel comes complete with a cast of characters from the Main Line and an underworld of sex and drugs.

Let it Burn: MOVE, the Philadelphia Police Department, and the Confrontation that Changed the City

By Michael Boyette and Randi Boyette

The MOVE bombing is one of the most painful events in the city’s 20th century history. This book recounts the days leading up to the explosion, taking a critical look at City Hall and the police, as well as at the victims of the bombing years later. "Let it Burn" tells the controversial story in all of its gritty detail, including what exactly transpired the day the mayor decided to bomb his own city. The book also offers insights into the MOVE radicals, their mission and what went terribly wrong.

Cellar of Horror: The Story of Gary Heidnik

Philadelphia may be the birthplace of independence, but it’s also where serial killer Gary Heidnik performed his most hideous acts. This true-crime book tells the story of a neighborhood in the grip of fear over crimes that would haunt the city for decades -- young women were held captive in the basement of Heidnik’s North Marshall Street home. There’s no shortage of gruesome descriptions of what happened there – with insights into how he was eventually captured and what happened to him and the victims' families.

The Inheritance of Exile: Stories from South Philly

These stories center on four Arab-American women trying to navigate the worlds of the Middle East and South Philadelphia. As daughters of Palestinian immigrants, their new lives mean living among a diverse ethnic community while struggling to reconcile their Arab identity. The sights and sounds of the neighborhood come alive through a new set of eyes in this book – with recognizable characters and places as seen by four fictional exiles making new lives in present-day Philly.

The Killers: A Narrative of Real Life in Philadelphia

Picture it: It's the 1840s in Philadelphia, and a corrupt banker and his son, a smuggler of slaves, embark on a tawdry journey into the antebellum underworld. Eastern State Penitentiary makes an appearance, as does a community of free African-Americans in Southwest Philly. The author, known for his fictional twists on local history, actually outsold Edgar Allan Poe back in the day. His "The Quaker City, or The Monks of Monk Hall" is also worth a second look.

Two girls forge a friendship on the stoop in their West Philly neighborhood, sharing the ups and downs of life as they come of age. The story captures the black experience in Philly, the bond of families and their struggles, as they grow up among a community defined by love and religion. The author herself grew up in the neighborhood and based much of the local color in the book on her own experiences as a teenager.

Bring Out Your Dead: The Great Plague of Yellow Fever in Philadelphia in 1793

As a warning to future generations, this painstakingly researched account tells the story of one of the most dangerous scourges in urban America. The book delves into the plague that killed thousands of people in Philadelphia at the end of the 1700s, paralyzing the burgeoning city and bringing the nation’s capital to a standstill. The story is a predecessor to another excellent book about medical malady - "The Great Influenza" - that traces one of the worst flu outbreaks to the City of Brotherly Love in 1918.

If you love shopping, you may enjoy this compelling biography of the man who revolutionized retail in Philadelphia. From his humble beginnings opening a shop in 1861, the book traces the entrepreneur’s rise into one of the wealthiest, best-known merchants in America. As Philadelphia rethinks retail in the 21st century, this look back offers some important perspectives on the business enterprise, as well as fascinating facts about Wanamaker’s life. Did you know that at one point he provided employment for 8,000 Philadelphians, including black people and women, who were excluded from many other businesses? This is a great read about a complicated, controversial man, his myth and his legacy.

The Philadelphia State Hospital at Byberry: A History of Misery and Medicine

Philadelphia may be a pioneer in medicine, but it also has a dark past. During the late 19th century, the mentally ill were mistreated and misunderstood. By 1906, Byberry City Farms was created to house many people suffering from developmental issues who were deemed dangerous to their communities. Families would exile their relatives to the hospital, which was, by most accounts, a wretched place to live and work. The book tells the story of how social outcasts were stigmatized by society in this complex, painful history of the Quaker City’s hospitals.

The Autobiography of Benjamin Franklin

A roundup of Philly reads would not be complete without this gem. Chock full of homespun wisdom and curious stories about the statesman-inventor’s unique perspective on life (this guy was way ahead of his time), his world comes to life on the pages. It’s easy to picture Old City as it was in the 1700s when Franklin made it his home, with familiar sites like Christ Church and the waterfront earning mentions. His philosophies about working hard and thinking outside the box still resonate in today’s fast-paced digital world. One can almost imagine Franklin as his era’s Steve Jobs. Something tells me that he would have loved to have created his own app.