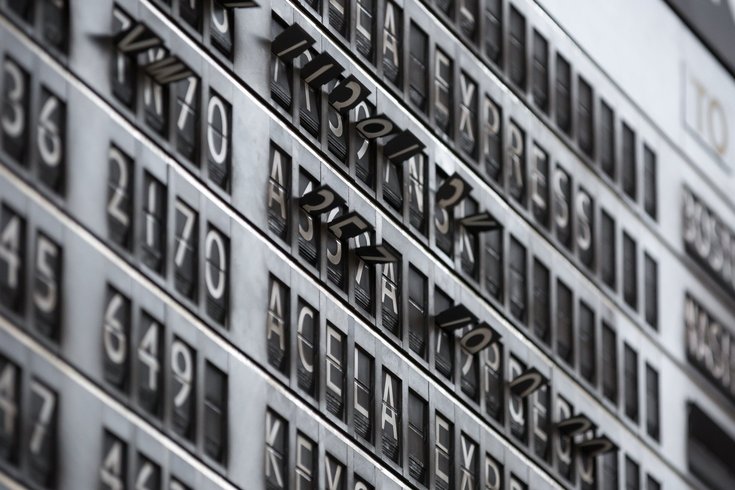 The beloved Solari split-flap board that was removed from 30th Street Station in Philadelphia has found a temporary home on display at the Railroad Museum of Pennsylvania in Strasburg, Lancaster County.

The iconic flap board once mounted inside 30th Street Station has found a new, temporary home inside the Railroad Museum of Pennsylvania.

The famous Solari board was taken down in January, to the disappointment of many, and replaced by a digital board. The original board was the last of its kind in-use by Amtrak.

Now, nostalgic Philadelphians can visit the Solari in Strasburg, Lancaster County, at the railroad museum, which displays more than 100 locomotives and railroad cars.

The board was thoroughly cleaned and sits on a base in Rolling Stock Hall, the museum announced Tuesday.

Upon its removal, the plan was always to have it temporarily relocated to the museum — at least until the company and Amtrak could figure out how to make it accessible for the hearing-impaired and fit into the station's redevelopment plans. The museum said it's on display on an "interim basis."

The Inquirer reported the sign will be at the museum for the next three years, at least.