5 things to know about mass shootings in America 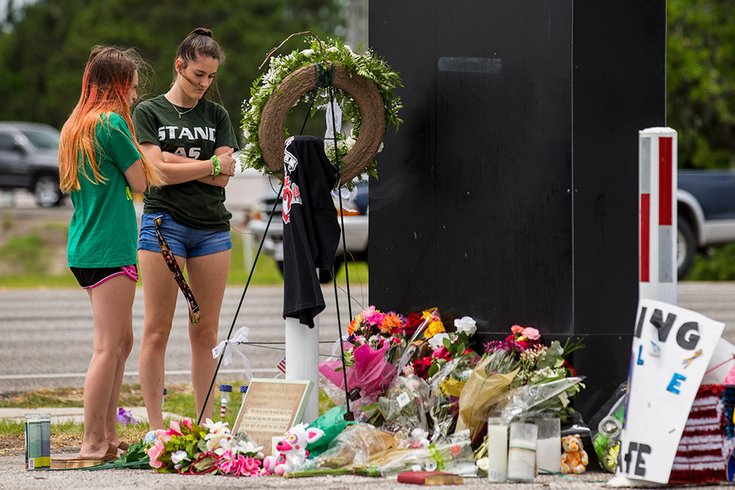 Kalysta Dodson, left, and Reagyn Murphy, sophomores at Santa Fe High School, look at a memorial for the victims of the school shooting on Friday, May 18, 2018 in Santa Fe, Texas.

At least 10 students and teachers were killed at a Santa Fe, Texas high school on May 18 after a classmate opened fire with a shotgun and a .38 revolver.

The shooting came just three months after another teen shooter killed 17 in Parkland, Florida, sparking nationwide youth-led protests over gun violence – and a familiar debate over what changes could really make a difference.

As a criminologist, I often hear misconceptions creeping into the debate that springs up whenever a mass shooting occurs.

Here’s what the research actually shows.

A study I conducted on mass shootings indicated that this phenomenon is not limited to the United States.

Mass shootings also took place in 25 other wealthy nations between 1983 and 2013, but the number of mass shootings in the United States far surpasses that of any other country included in the study during the same period of time.

The U.S. had 78 mass shootings during that 30-year period.

The highest number of mass shootings experienced outside the United States was in Germany – where seven shootings occurred.

In the other 24 industrialized countries taken together, 41 mass shootings took place.

In other words, the U.S. had nearly double the number of mass shootings than all other 24 countries combined in the same 30-year period.

Similar results have been found by the United Nations Office on Drugs and Crime, which states that countries with higher levels of firearm ownership also have higher firearm homicide rates.

A recent study published by the Harvard Injury Control Research Center shows that the frequency of mass shooting is increasing over time. The researchers measured the increase by calculating the time between the occurrence of mass shootings. According to the research, the days separating mass shooting occurrence went from on average 200 days during the period of 1983 to 2011 to 64 days since 2011.

Thanks to the Second Amendment, the United States has permissive gun licensing laws. This is in contrast to most developed countries, which have restrictive laws.

According to a seminal work by criminologists George Newton and Franklin Zimring, permissive gun licensing laws refer to a system in which everyone except specially prohibited groups of persons can purchase a firearm. In such a system, an individual does not have to justify purchasing a weapon; rather, the licensing authority has the burden of proof to deny gun acquisition.

By contrast, restrictive gun licensing laws refer to a system in which individuals who want to purchase firearms must demonstrate to a licensing authority that they have valid reasons to get a gun – like using it on a shooting range or going hunting – and that they demonstrate “good character.”

The differences between these type of gun laws have important impacts. Countries with more restrictive gun licensing laws show fewer deaths by firearms and a lower gun ownership rate.

In most of the restrictive background checks performed in developed countries like Canada and Australia, citizens are required to train for gun handling, obtain a license for hunting or provide proof of membership to a shooting range.

Individuals must prove that they do not belong to any “prohibited group,” such as the mentally ill, criminals, children or those at high risk of committing violent crime, such as individuals with a police record of threatening the life of another.

Here’s the bottom line. With these provisions, most U.S. active shooters would have been denied the purchase of a firearm.

#5: MOST MASS SHOOTINGS ARE NOT TERRORISM

Journalists sometimes describe mass shooting as a form of domestic terrorism. This connection may be misleading.

There is no doubt that mass shootings are “terrifying” and “terrorize” the community where they have happened. However, not all active shooters involved in mass shooting have a political message or cause.

For example, the church shooting in Charleston, South Carolina, in June 2015 was a hate crime but was not judged by the federal government to be a terrorist act.

The majority of active shooters are linked to mental health issues, bullying and disgruntled employees. Active shooters may be motivated by a variety of personal or political motivations, usually not aimed at weakening government legitimacy. Frequent motivations are revenge or a quest for power.

Frederic Lemieux, Professor of the Practice and Faculty Director of the Master's in Applied Intelligence, Georgetown University