The '90s are back in the Kimmel's 'Cruel Intentions' musical 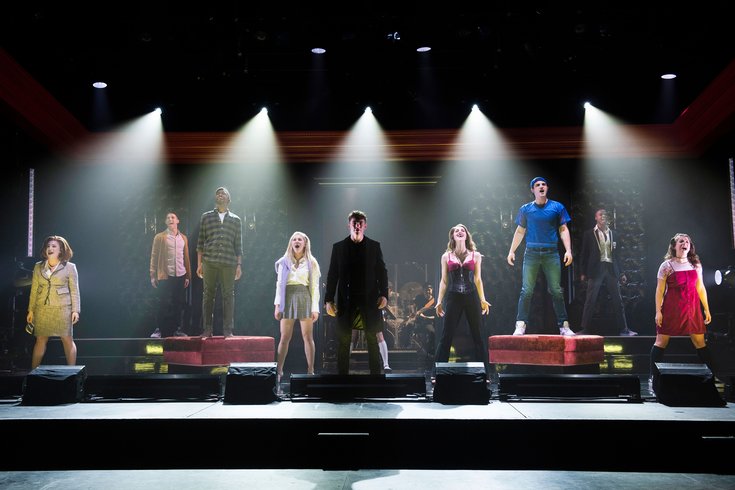 The cast of the Cruel Intentions: The '90s Musical at the Kimmel Center

When it comes to multi-century examples of the strange forms art can take, it's hard to beat Les Liaisons Dangereuses for source material.

It's gone from a 1782 French novel to a 1985 British play to a 1987 Broadway adaptation to a 1988 movie. Then came a 1999 teen adaptation of that movie, which itself was adapted in 2015 into an unauthorized tribute musical that later became very much authorized.

That 237-year journey across three countries on two continents and numerous forms of media continues this weekend, as "Cruel Intentions: The '90s Musical" brings its first national tour to the Kimmel Center's Perelman Theater, its final stop. And while the story of Valmont and Tourvel has spanned more than 20 decades, the musical is especially concerned with one in particular: The 1990s. It's a jukebox musical, in which the cast sings notable pop songs from that decade.

PhillyVoice spoke this week with three cast members from the show about the musical, the movie, and the area native who got the whole thing going.

"It's the film that everybody knows and loves, but it's just kind of electrified with all these '90s hits," Stewart said during our interview Wednesday, a few hours before the show's opening night. "So it's all the scenes and dialogue you know from the movie, and then these songs come to just kind of expand upon what the characters are going through, and add a little life into everything on stage."

The songs in the show consist of tunes familiar from the movie, including The Verve's "Bittersweet Symphony," as well as some other pop touchstones from through the 1990s, including "I'll Make Love To You" by Philly's own Boyz II Men. Britney Spears, 'N Sync, The Backstreet Boys, The Goo Goo Dolls and TLC are also included.

For Battagliese, the West Chester native, the show represents a homecoming. He worked at the Kimmel Center with the Broadway Dreams Foundation, and also studied and interned there. But "Cruel Intentions" marks his first time performing professionally at the venue. 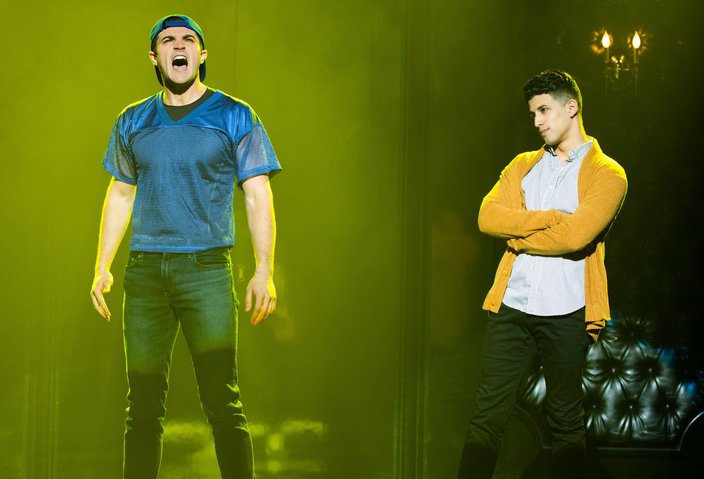 "It's very full-circle, and it definitely made all those hours of work and classes feel worth it," Battagliese said. "I'm really excited to have all of my family and friends in the audience. I think they're gonna to be wild and very excited to be here."

"Cruel Intentions," of course, was the 1999 movie that adapted the French novel by Pierre Choderlos de Laclos, which was first published in 1782. The movie, though, was clearly much more influenced by Stephen Frears' 1988 film adaptation "Dangerous Liaisons," which starred John Malkovich, Glenn Close and Uma Thurman. In "Cruel Intentions," Ryan Phillippe was doing a clear Malkovich impression for much of his performance.

The 1999 film starred Sarah Michelle Gellar and Witherspoon in the other two main roles, while also featuring Selma Blair and Joshua Jackson. It arrived during a wave of teen movies- "Clueless," "Ten Things I Hate About You" - that were adapted from classical literature, and the movie has been the subject of much retrospective commentary this year, on the occasion of its 20th anniversary.

While the three actors were all very young at the time of the movie's initial release, they recognize the film's status as an iconic '90s movie. Stewart remembers her older sister being a fan, while the actors noted that many young people have come to see the show on tour. 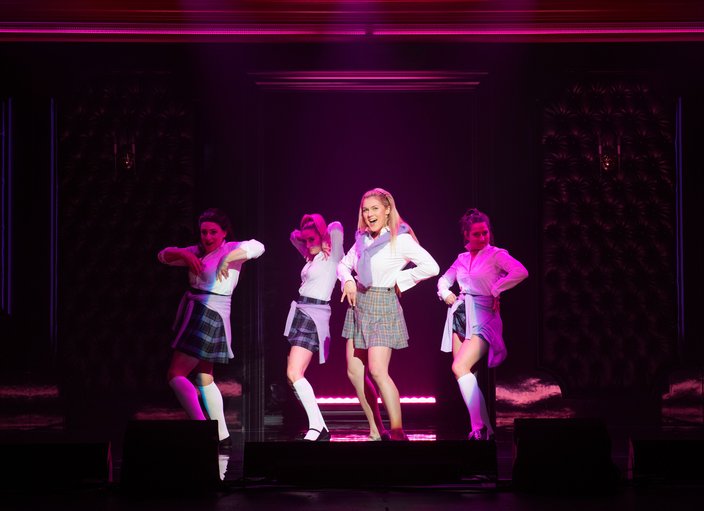 "This movie, definitely, has found a new life with these younger generations," Battagliese said, "And they're like really following the movie, and we've picked them up along the way, of people who've seen the show in different incarnations and love it."

"I love the movie and I watched it growing up," Wright said. "But the show for me is far better than what what the movie is, and that's because the music takes it to a different level that the audience is not expecting, and I think that has followed us since we opened."

The musical began about four years ago as an idea by Bucks County native and Temple grad Jordan Ross, who originally staged it as a musical in a Los Angeles bar without the benefit of having obtained the rights. Battagliese described it as "one of those things where you ask for forgiveness not permission."

It turned out the wife of Roger Kumble, who directed the "Cruel Intentions" movie, went to see the show, and then brought her husband to a subsequent performance.

Ross, the creator, said in a recent interview that when the movie's producer and director came to see a performance with a lawyer in tow, he assumed the show was getting shut down. Instead, the unauthorized musical became authorized, with Kumble even coming on board. The show's book is credited to Kumble, Ross and Lindsey Rosin, who directed the original stage production. The musical debuted off-Broadway in 2017, leading to the tour this spring.

Ross ended up involved with an effort to produce a sequel series to "Cruel Intentions" as a TV pilot in 2016, although it was not picked up.

However, the musical's popularity built and built, to the point where cast members of the movie were spotted at performances during the show's run off-Broadway. Sarah Michelle Gellar even recorded a message, in character, asking attendees of the off-Broadway show to turn off their cell phones.

Might Ryan Phillippe, a native of Delaware, show up at the Kimmel Center for the show?

"I'll have to have someone call his parents," Battagliese said.

Cruel Intentions: The '90s Musical is at the Kimmel Center's Perelman Theater opens May 29 and runs through June 2. Tickets are available here.