Opinion: After column, Streets Dept. sweeps up a mess – and apologizes 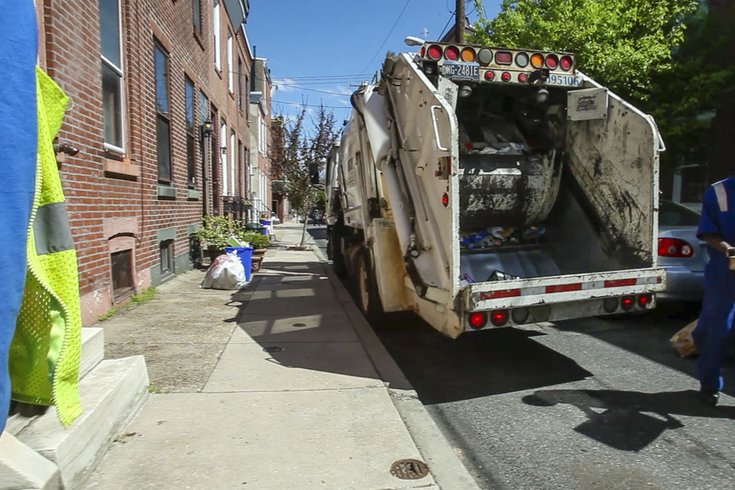 In this still image from video shot in April, a leaky truck collects garbage along North Bucknell Street in Fairmount. The Streets Department has since taken the truck out of service.

Brian Curtis could hardly believe it when he saw two extra city trucks coming up his street on garbage day, complete with men in clipboards taking notes about what they saw.

After years of complaining to city officials about the trash that got strewn up and down the 800 block of N. Bucknell St. every time the recycling truck stopped to crush its contents, he’d finally given up on getting through to city officials.

So he called me. I called Deputy Streets Commissioner Donald Carlton, who told me he’d get right on it.

“We wanted to show that we are sorry, and that we apologize for all the inconvenience.” – Donald Carlton, deputy streets commissioner of Philadelphia

“Well, I can hardly believe it,” said Curtis, who called to thank me for getting some results.

“You’d think there was something really important going on out here – there were two big white trucks with supervisors in them, taking notes and everything,” he said.

“Not only that,” he added, hardly able to keep the excitement out of his voice, “They said they’re taking that leaky old truck out of commission!”

I say you have to give credit where credit is due. And Deputy Commissioner Carlton deserves it.

First, he responded promptly when I told him of the longstanding complaints about the truck that, every time it stopped to crush its contents, leaked stinking debris on this quiet, narrow and leafy block in the city’s Fairmount section.

As promised, he sent a “flusher” crew out to clean up the street, and followed that up by sending a management team to assess performance of both the truck and the crew. 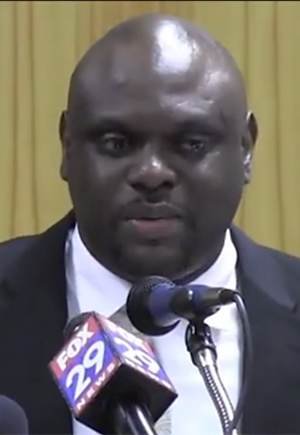 “We wanted to show that we are sorry, and that we apologize for all the inconvenience,” he told me.

According to Carlton, the department has now replaced that neighborhood’s truck with one that works properly. As for the faulty truck, he said, the jury is out. It had already been repaired once when I called him, he said, but since the repairs were obviously not sufficient he’s assessing whether it’s even worth keeping.

“We haven’t junked it totally and sent it to the graveyard, but it is definitely being carefully assessed,” he said.

This is great news for the people who live on the block.

But I do have to wonder why it took a call from a news outlet to break past the logjam of city bureaucracy for problem that clearly had a serious impact on the quality of life for people who live here. It’s a relatively simple problem to solve, and neighborhood residents had been calling the city’s 311 line for years with no result. Why wait so long?

On this street, for instance, the official record of complaints dates back five years – one in February 2010, one in November 2011, and two in March 2013. And that doesn’t include all the grousing and complaining done by neighbors who no longer bother to call 311.

Spillage like this is a historic issue with city trash trucks. It happens when the rubber seal between the truck and the hopper erodes, creating a gap through which crushed debris squirts out when the compacter is turned on.

And when it’s a problem, it’s really a problem. The garbage that gets left behind in regular deposits every 75 feet or so includes broken glass as well as bits of just about everything else. It’s often stinky, it’s sometimes dangerous, and it’s always just plain unpleasant.

For his part, Curtis is more than a little relieved. Now that the truck appears to be fixed, he won’t have to spending half an hour each trash day, sweeping up the piles that are left behind on his block.

But he’s also not counting on it.

“I’ll be keeping an eye on it, and I’ll definitely let you know if it becomes a problem again,” he said.

Me? I hope that the next time complaints start stacking up, it doesn’t take a phone call to a news outlet to get it fixed.