Collingswood proposes Airbnb ordinance, and people are not happy 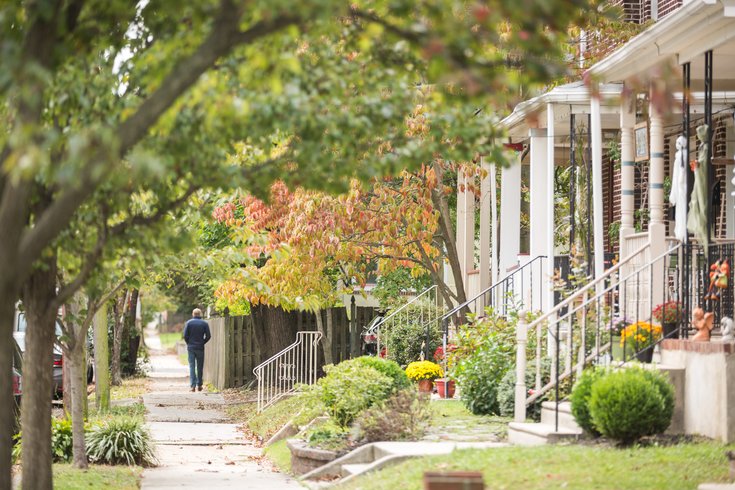 In Collingswood, N.J., a pitched battle has broken out over the merits of short-term rentals like Airbnb.

While Collingswood’s Airbnb battle remains unresolved, the draft of a “short-term rental property” ordinance shared by the Camden County borough’s Board of Commissioners this week brought its potential future into focus.

And many people are not happy about it.

The contentious, new-economy issue ramped up last year when several Collingswood residents who rented their home through the world's largest accommodation-sharing service received cease-and-desist orders – because the borough had no rules on the books regarding such short-term rentals.

Borough leaders including Mayor Jim Maley cited concerns about parking, public safety and other issues related to its “duplex problem” of old in explaining the push to close down some of the fewer than 50 short-term rental properties in a municipality of about 14,000 residents.

Those targeted by the letters pushed back and urged the commissioners to pass an ordinance that would finally govern their rentals. That’s what started happening on Tuesday and Wednesday, when the 15-page draft ordinance designed to spark discussion in the borough was shared with the community to elicit public comment.

In its current form, the ordinance would limit short-term rentals by residents to less than a month every year.

According to Maley – who wrote about it on his Mayor’s Blog – property owners would be permitted to “rent their primary residences to others up to 5 times in a calendar year for a total of 24 days.”

“Our guiding principles for the amendment were to ensure the safety of visitors at short term rentals, avoid encouraging the national trend of properties being purchased to be used exclusively as a short term rentals, maintain the quality of our neighborhoods, recognize the desire of some residents to provide home sharing for various reasons and focus on life safety for guests, owners and surrounding properties,” he wrote.

Rob Lewandowski – the borough commissioner who told PhillyVoice in the past that he supported short-term rentals in a way that manages the negative impacts – said he did “not expect an approved ordinance to look like this draft.”

He also urged residents to take a look and bring their questions and concerns to the next commissioner’s meeting on April 1.

“Short-term rentals are coming soon, assuming there isn’t a catastrophic blow-up,” he told residents the “In The Wood, Collingswood” Facebook group. “In some ways, there were unresolved issues (in the draft ordinance), but we thought it better to distribute and begin the discussion, rather than hold and wait any longer.”

In addition to the time restrictions, the draft holds that:

• Designated off street parking is required

• Requires a posting of fire and emergency routes, smoke detectors and other fire prevention equipment and minimum liability insurance

• Levies a fine of up to $1,000 and possible registration revocation for any violations

• The name, phone number and age of each tenant must be provided to the borough

The commissioners asked residents to reach out with their thoughts, but early reaction hasn't exactly been positive.

Suzanne Cloud, a former Airbnb host who received one of the cease-and-desist letters, wasn't having it whatsoever.

"This 'first step' by the Borough of Collingswood excludes so many hosts and invades the privacy of so many Airbnb guests. Supplying the names of all the people staying with you to the town? Even the one nighters?" she said. "Worthless. Hollow outreach. Collingswood, New Jersey Commissioners show their true colors again."

More measured in their reactions were members of Collingswood Neighbors for Change. Kate Delany, a leader in that non-partisan group focused on open government, transparency and improved communications, spoke to members who were involved in the Airbnb issue.

Sharing their collective sentiments with PhillyVoice, Delany said they were appreciative of the public-comment invitation, and look forward to continued discussions.

They're concerned, however, about the 24-night total and minimum three-night stay which "could rule out tourists or those interested in staying for a night."

"Having to get a new permit and new inspection for each rental seems onerous," she added. "There is also language in that draft that states the borough officials would be permitted to enter rental units or properties without notice if 'advised of conditions' that do not meet the standards, which feels like it could lead to violations of privacy."

'THIS DRAFT IS NOT AN END POINT'

Vocal opposition aside, Lewandowski told PhillyVoice on Thursday that "the feedback thus far has been generally fine and expected."

He noted that "everything is open for discussion, including the maximum amount of days," which works out to one two-night weekend a month.

"As the process has played out, this number was really a compromise that was settled via the Goldilocks method," he said of the three-member board's work. "I proposed a number that was too high, and another proposed one that was too low, so we settled on a number that could create some consensus and could then be shared with the public.

"I'd love to hear people's reasonings on why this number is too low, or too high, for that matter. It is important for people to know, that the dissemination of this draft is not an end point but a starting point. ... Based on the 43 listings that were in Collingswood at the end of last year, it would work out to more than 1,000 room nights annually and about 20 room nights a week. That is some solid economic impact."

Lewandowski said he realizes the April 1 meeting will likely get heated, as expressing outrage is now a sign of the times, but that doesn't define how he sees things progressing.

"I really feel the Collingswood story is one of collaboration not confrontation. I hope we can do it again here," he said. "This is not a perfect document and when it is all said and done, it still won't be perfect. Remember, the preamble to the Constitution speaks to a more perfect union, not a perfect one, so let's make it more perfect."

For him, it boils down to allowing residents to supplement incomes, but not establish full-time businesses in their homes, while providing safe rental spaces for visitors.

"We want an individual to have the right to rent out their property but we also want to balance that with the impacts on the larger community," he said. "One can argue that as written, this will not allow enough income, but it should be pointed out that this is not the only way to make money, and I am not interested in a libertarian argument of creating an unfettered ability to do what one wants with their property at any time.

"Collingswood now has the opportunity to weigh in on what a short-term policy should look like," he said. "I would hope that things that bother folks with the existing draft aren't taken as a personal attack, but rather a chance to make it better."