She lost an Airbnb battle in Collingswood, so she's moving to South American commune 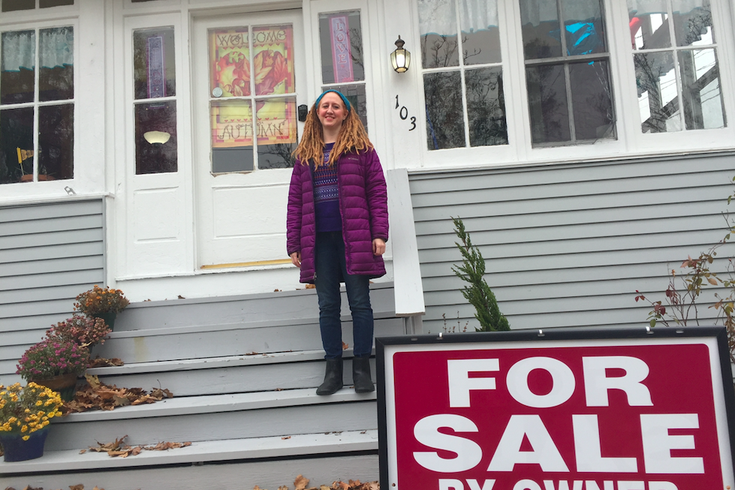 After months of pleading with the borough to enact legislation enabling residents to rent rooms through Airbnb, Christina McLean is moving from Collingswood in Camden County to a commune in Ecuador.

After months of fighting the municipal cease-and-desist order that barred her from listing her Collingswood home on Airbnb, Christina McLean recently posted a “for sale by owner” sign on her front yard.

Now – instead of repeatedly pleading her case along with like-minded residents at commission meetings in the Camden County borough – she’s getting ready to move not only out of the area, but out of the country.

“Collingswood isn't taking any action to regulate Airbnb,” she explained. “I can't afford to live here alone. Living alone is very lonely. It’s not what I intended to do, and it’s very expensive.”

She recently listed her three-bedroom, one-bathroom “modern ‘log cabin’” within walking distance of the PATCO station and the quaint Haddon Avenue commercial district on Zillow for $235,000.

In February, McLean will head off to Ecuador, where she’ll live outdoors at an “intentional community,” akin to what used to be called a commune.

Back in June, PhillyVoice reported about a battle in the small, revitalized borough that isn’t a hub for tourists, but offers close proximity to Philadelphia and major events and hospitals in the region.

Fewer than 50 Airbnb hosts had operated for years without interference in the municipality of roughly 14,000 residents. As a new-economy battle emerged, Mayor Jim Maley expressed parking, safety and other concerns to stave off the “duplex problem” in its pre-revitalization days.

Soon, cease-and-desist orders would be issued to a few of those hosts, including McLean and Suzanne Cloud. 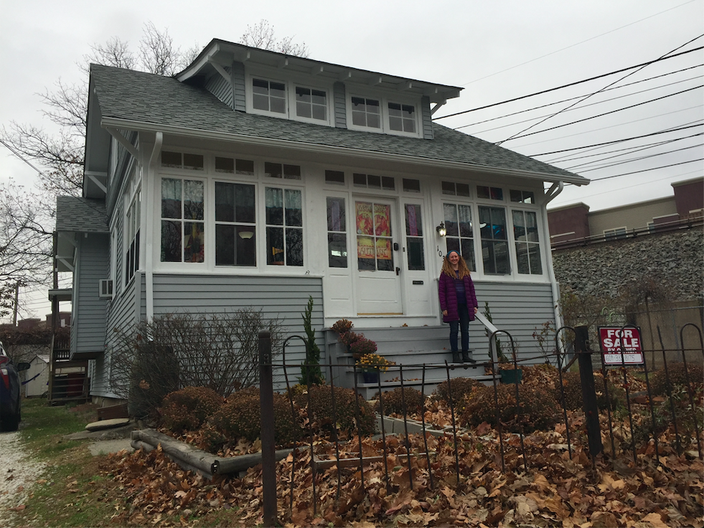 'I can't afford to live here alone. Living alone is very lonely. It’s not what I intended to do,' says Christina McLean of why she's selling the home she bought in Collingswood in 2004.

Cloud moved to Collingswood in 1980 and, years after her husband’s death, saw short-term rentals as a way to help her cover her bills. She's as frustrated as McLean about the lack of action from elected officials who they hoped would pass legislation to allow owner-occupied properties to offer Airbnb.

“The mayor and Council won't do a thing, so I had to shut my entire thing down. This town is totally losing it. It’s very elitist now,” Cloud said. “I'm sorry that Christina is leaving, and I hope I can make my mortgage payments into the future.”

As she sat in her living room last Friday, McLean shared frustrations about how things have gone with the months-long collective effort to get the borough’s zoning commission, mayor and commissioners to establish an ordinance to revive Airbnb rental opportunities.

She also revisited claims that the four (that she knows of) cease-and-desist orders unfairly targeted single women, and pointed out that a public-records request found that there were no complaints filed against specific properties. Opposition to Airbnb in Collingswood is based on "fear, not reality," she said.

“We keep asking what their next step will be, but we’ve heard nothing,” McLean said, noting the formation of a Collingswood Neighbors for Change group, which pushes for action on Airbnb and the ongoing battle over backyard chickens in town. “It’s so frustrating. They don’t listen to us. If they want to ignore us, they can.”

They could hear something soon, though that will not change McLean's plans.

"We're really close to having an ordinance to vote on that would allow short-term rentals in a way that the negative impacts can be managed," said Commissioner Rob Lewandowski, noting that the commissioners and mayor have met with attorneys to work out the intricacies.

What they don't want are absentee landlords operating Airbnb-type operations, so the legislation "will also limit the amount of days that a person could rent (a room) over the course of the year," he said.

"We acknowledge that people would like to offer this, but we don't want to turn it into something that it's a full-time business in a residential area," he said, noting that fire and safety concerns still remain.

"There are real concerns when (the person renting the property out) isn't occupying the place," he continued, noting that evacuation plans and hard-wired alarm systems could be required to help protect renters who may not even remember the address of the property in a situation where they'd have to call 911.

"It's not going to stay banned. ... I suspect we'll have something for the January meeting." – Collingswood Commissioner Robert Lewandowski

As an aside during a Friday night interview about the Airbnb battle, Lewandowski envisioned a scenario where a hotel could come to town to help offset out-of-town rentals when families come to town for weddings at sites like the popular Scottish Rite Auditorium.

But first things first, and that means addressing the short-term rental legislation.

"It's not going to stay banned," he said. "I don't think we'll have it ready for discussion at Monday's meeting, but I suspect we'll have something for the January meeting."

While the battle proved frustrating, McLean said she’s at peace with the move. In fact, she doesn't seem the least bit bummed to be leaving Collingswood behind.

The move will help her reduce her carbon footprint and live in a climate that will help with her allergies in the spring and fall, and asthma in colder temperatures.

She spoke philosophically about life and the Pachamama Alliance with which she’ll embed in Ecuador. Rather than live in a state of “business as usual” or “great unraveling,” she wants to be a part of the “great turnaround” on Earth.

“I feel bad for the people staying to continue fighting, but it’s expensive and exhausting,” she said, noting that her property taxes have doubled. “I’m excited to move on. I embrace change in life. I wish I leave today.”