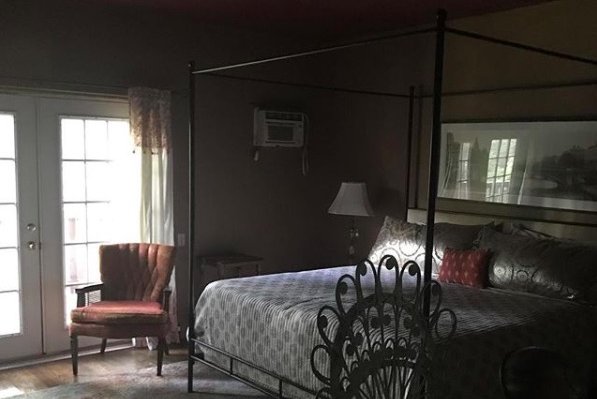 Bam Margera's mother April has been renovating the infamous "Castle Bam" for Airbnb.

The West Chester home of Bam Margera, which was heavily featured on the "Jackass" skateboarder's MTV shows throughout the 2000s, is headed for the sharing economy.

LATEST: Bam Margera is having a giant house party in West Chester tomorrow and you're invited

Margera's mother April Margera has been working on renovating the house to get it ready for Airbnb throughout much of 2018. She first teased the first Airbnb listing on Instagram in March, and has continued to post renovation progress in the last couple of months.

Among some of the house's more unusual features is an indoor skatepark and a designated band practice space.

Margera, who had his first child with wife Nicole Boyd last December, no longer lives full time in the house. He posted some photos of Thanksgiving dinner at the castle this past holiday weekend and also teased the Airbnb listing earlier this year.

The listing still hasn't been posted to Airbnb yet, but you can check out a preview of the castle, and its renovations, here.