After 16 years of false starts, the $5 billion complex will open in phases, beginning Oct. 25 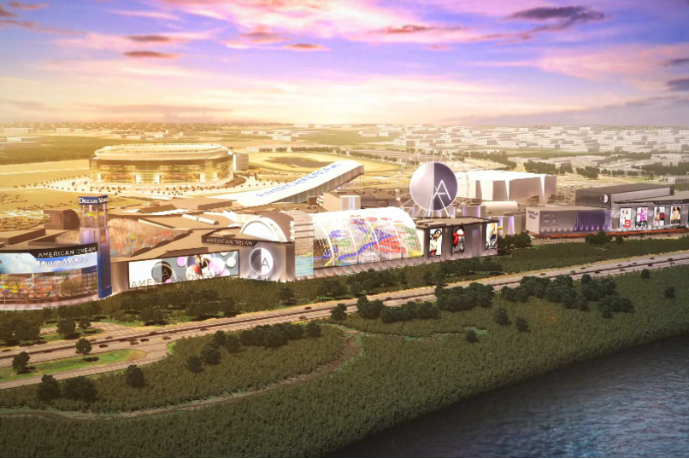 American Dream, the expansive shopping, entertainment, and lifestyle complex coming to Bergen County, New Jersey, is finally opening this week, after more than 16 years of planning and construction.

The $5 billion mega-mall will open in phases starting Friday, Oct. 25 with Nickelodeon Universe Theme Park and an NHL-regulation skating rink. Other attractions, including an indoor water park and a year-round skiing and snowboarding facility, will open incrementally through March 2020.

The Nickelodeon theme park will become the largest indoor theme park in the Western Hemisphere when it debuts – it is 8 1/2 acres. Penn Live reported it has more than 35 attractions, including The Shellraiser roller coaster, which features a 122-foot drop.

Here are some of its other attractions.

American Dream has been in the works for quite some time. First conceived in 2002, the 3 million-square-foot project passed through the hands of three developers. Financial issues, weather-related delays, and legal troubles stalled its progress for a decade.

In July 2013, the Meadowlands Sports Complex was taken over by Triple Five — the management team behind Mall of America in Minnesota and Canada's West Edmonton Mall. Over the next two decades, the New Jersey Economic Development Authority projects it will generate a net economic benefit of $730 million for the state and attract 40 million visitors a year.

But questions concerning the complex's logistics still linger days ahead of its grand opening. NJ.com reported visitors might have to pay $25 to park after opening weekend's complimentary parking ends. There is also little clarity on opening and closing times, no information available about concessions, or what parts of the mall will be available for visitors to walk through before March.