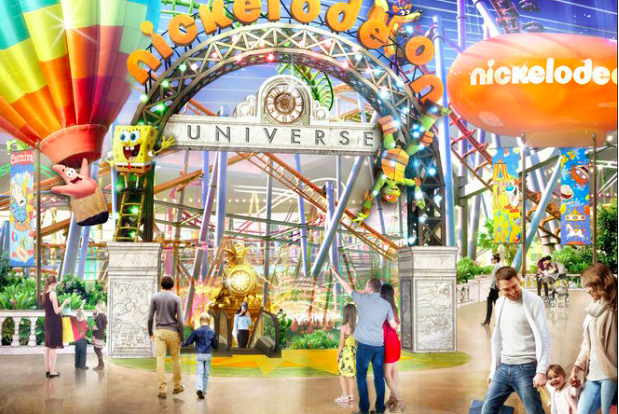 The American Dream is real — and all of your favorite Nickelodeon characters will be singing and dancing there at North Jersey's long-awaited mega-mall in the making.

More than a decade after it was first conceived in 2002, the American Dream Meadowlands, dubbed "the most expensive retail project on Earth," is back to life and rounding out an impressive list of attractions at its proposed 3 million-square-foot complex.

Late last week, project developer Triple Five Group announced that it will bring a Nickelodeon Universe to the monumental shopping, recreation, dining and entertainment hub. Another theme park of the same name already exists at Triple Five's renowned Mall of America in Minnesota.

“Based on the success we have seen with Nickelodeon Universe at Mall of America we are excited to bring the number one entertainment brand for kids to American Dream,” said Triple Five President Don Ghermezian.

“We’re looking forward to this next step in our partnership with Triple Five that will further expand our recreation portfolio with the brand-new Nickelodeon Universe at American Dream,” said Sarah Levy, COO of Viacom Kids and Family Group. “The Nickelodeon Universe at American Dream will give kids and families in the New York Metro area the opportunity to interact with their favorite characters ... on a grand scale, through rides, attractions and Nick-themed party and event spaces.” 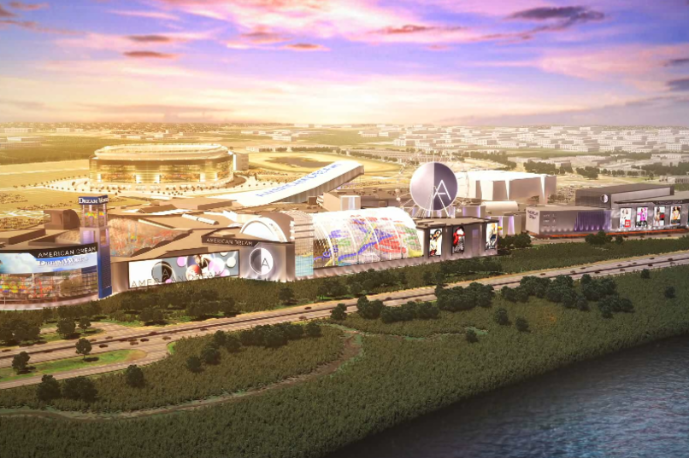 The evolution of American Dream Meadowlands, initially pitched as Xanadu Meadowlands, has been fraught with impediments in the years since its proposal. As it passed through the hands of two prior developers, the project was snagged by the 2008 financial crisis, severe weather and since-settled lawsuits from the New York Giants and Jets over traffic conflicts at MetLife Stadium.


Financing for the project, estimated at about $5 billion in total investments, has also faced intermittent hurdles over the years. Last week, the New Jersey Sports and Exposition Authority again approved a $1.5 billion tax-exempt bond issue to pay for the mall after the project received a new legal threat from the non-profit New Jersey Alliance for Fiscal Integrity.

Positioned as a world-class multiplex for shopping, entertainment, recreation and dining, American Dream expects to land about 400 total retailers led by Saks Fifth Avenue and Lord & Taylor. Other features will include an indoor water park, a Cinemax dine-in theater, a LEGOLAND Discovery Center and a Sea Life Aquarium.

In all, the project is expected to bring about 20,000 jobs to the region and attract a regular stream of tourists from New York City. After several timeline revisions, it is expected to complete in the summer of 2018.