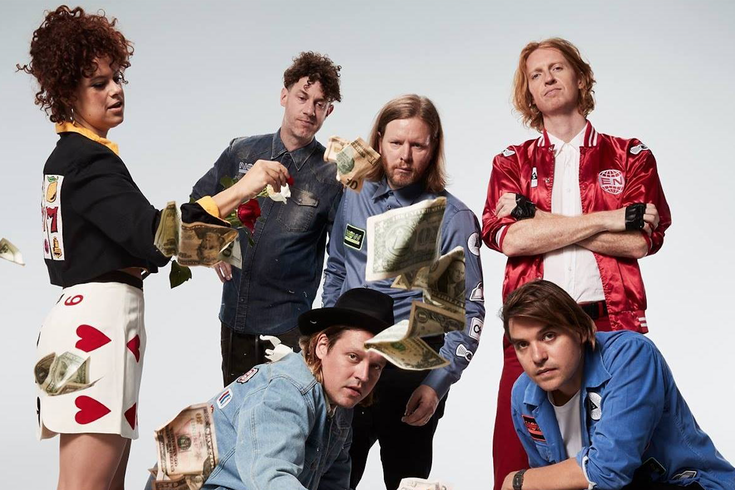 Arcade Fire just announced their return to Philadelphia this summer as part of their Everything Now Continued Tour. The Indie rock sensation is set to take over Festival Pier at Penn’s Landing on Thursday, July 19 to perform one of their first headline shows in the U.S. this year. Tickets go on sale Tuesday, March 20 at 10 a.m.

The band’s last stop in Philly was last September during their 2017 Infinite Content Tour, which received rave reviews from fans and critics across North America. The Chicago Tribune lauded Arcade Fire’s performance as “not just anthemic but transcendent,” while The New York Daily News called the tour “a celebration of the best working rock band in the world.”