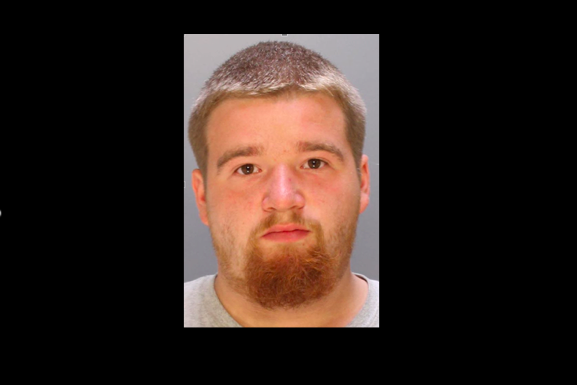 Pedro Redding, 24, has been charged with murder and related offenses in the killing of Kiesha Jenkins, a 22-year-old transgender woman. Police are still seeking other suspects in this case.

A 24-year-old man has been arrested for his suspected role in the killing of Kiesha Jenkins, a 22-year-old transgender woman, Philadelphia police announced Monday morning.

In a news conference this afternoon, Capt. James Clark, of the department's homicide unit, told members of the press that Jenkins' Oct. 6 murder was not a "hate crime," but a crime of opportunity.

"This is not a hate crime at all," said Clark. "It's a sad and senseless murder."

Acting on a tip, Clark said law enforcement officials on Sunday arrested Pedro Redding, of the 4500 block of N. 13th St. in the city's Hunting Park section, for his alleged involvement in the beating and shooting death of Jenkins.

Clark, who said Redding is known for allegedly prowling and robbing people in the area where the murder occurred, said the suspect has cooperated with police since his arrest.

He said police are still seeking three other individuals, including the suspected gunman, in the crime.

Redding, Clark said, did not pull the trigger.

"He was not the triggerman," said Clark. "He is helping us out...We should be able to make an arrest very shortly."

Jenkins was beaten and shot near 13th and Wingohocking streets at about 2:33 a.m. on Oct. 6.

According to police, officers responding to a call for a robbery in progress and a possible shooting found Jenkins, of the 3200 block of S. 32nd St., in the street after she had been physically assaulted and shot twice in the back.

On Monday, Clark said Jenkins fought against her attackers, which was likely the reason she was shot and killed. The police captain said the suspects didn't get any money from her.

Asked to explain how police knew the crime was not motivated by the fact that Jenkins was a transgender woman, Clark said Jenkins was known to police as a prostitute in the area.

"They thought she had money and they wanted to take it," said Clark.

Jenkins was transported to Einstein Medical Center, where she was pronounced dead at 2:53 a.m., police said.

Redding, who police said has at least four prior arrests for charges of aggravated assault, robbery, as well as drug and gun offenses, was charged with murder, criminal conspiracy and other related offenses in Jenkins' death.

Also, Clark said, Redding has a prior arrest from 2012 for assaulting a transgender woman – though, that woman was not Jenkins.

But the woman in that case didn't show up to court and Redding wasn't convicted, Clark said.

After Clark spoke on Monday, Nellie Fitzpatrick, director of LGBT affairs for the mayor's office, commended the police on their work and said that regardless of Jenkins' gender or how she chose to earn money, she was a "beautiful person the city lost."

"This is a person who lost their life in a brutal way in our city," she said.

When asked if Jenkins had undergone gender reassessment surgery and if she would be considered a man or a woman, Fitzpatrick defended Jenkins' decision to determine her own gender.

"She's a person. What does it matter?" she asked.

There is a $20,000 reward for information leading to an arrest and conviction in this case, and anyone with information is asked to contact the Homicide Unit at (215) 686-3334.