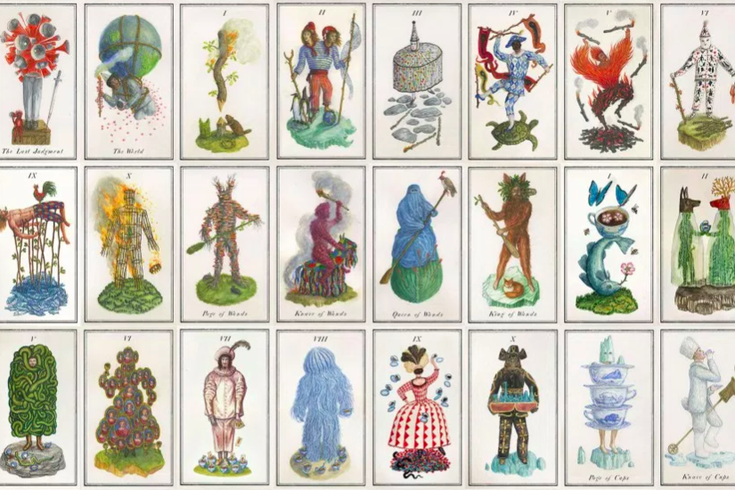 Carnival at the End of the World tarot cards.

ArtYard, a non-profit contemporary arts center located in Frenchtown, New Jersey, will present "Truppe Fledermaus and the Carnival at the End of the World," featuring the work of collaborative artist duo Kahn & Selesnick.

They work primarily in the fields of photography and installation art, specializing in fictitious histories set in the past or future. Over the years, the collaborators, despite sometimes living thousands of miles apart, have created numerous fictional universes.

Their projects include fictitious documentation of an inhabited iceberg and a photo series of a society on Mars.

Nicholas Kahn is from New York City, while Richard Selesnick was born in London. They met at Washington University in St Louis, Missouri.

RELATED: Theater shows to check out in Philly this January

The exhibit will open Saturday, Jan. 20 and be on view through early April. There will be an opening reception from 6-8 p.m.

Kahn & Selesnick have participated in more than 100 solo and group exhibitions worldwide and have work in more than 20 collections, including the Philadelphia Museum of Art and the Smithsonian Institution.

ArtYard is open Wednesdays through Sundays from 11 a.m. to 5 p.m. The center is approximately an hour drive from Philadelphia.

"Truppe Fledermaus and the Carnival at the End of the World"