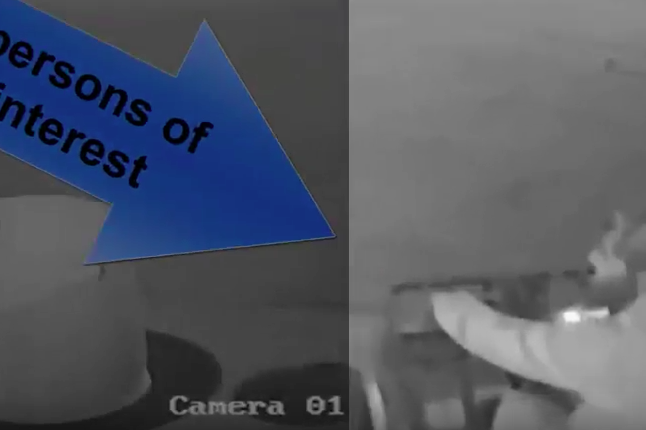 A man on an ATV injured two cops in Camden late Saturday night and police are looking for assistance with identifying him. The gas station is on Broadway at Newton Avenue.

Police intend to charge the driver with attempted murder of a police officer, among other offenses, after running into a detective and knocking him into the street.

At 11:14 p.m. Detective Kenneth Egan and Officer Nicole Berry were patrolling the area of Broadway and Mount Vernon Street. The corner is the location of a gas station and car wash.

There they saw a male suspect tampering with equipment at East Coast Gas, and Egan and Berry got out of their patrol car and ordered the man to stop. Police said the suspect ignored the order and drove his ATV toward the police car, striking the passenger side door.

WATCH video of the suspect below:

Egan then ran from the driver’s side around to the back of the vehicle. The suspect struck him with the ATV, knocking the detective into the street, and then the suspect fled the scene.

Both officers were taken to Cooper University Hospital and were treated and released.

Police describe the suspect as a black or Hispanic male of medium complexion driving a black, four-wheel ATV with a square body style.

Anyone with information about the suspect or the incident can call the Camden County Police Department's tip line at (856) 757-7042.