By Bryan Bierman
PhillyVoice Contributor
Bad For You Cheesesteaks
from 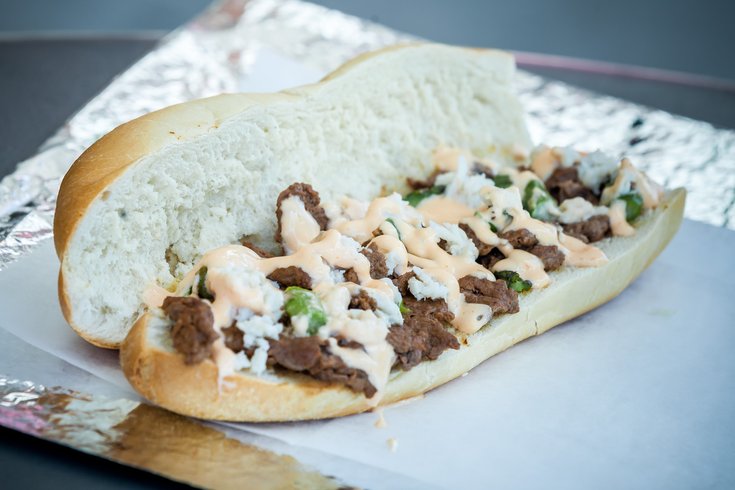 I’m a Philadelphian by birth and a cheesesteak aficionado by birthright and I need to get something off my chest: Pat’s and Geno’s are terrible.

I’m far from the first person to express that opinion, but it really bears repeating. Unless you find yourself piss-drunk at the intersection of Ninth and Passyunk at 3 in the morning, there’s absolutely no reason to eat at either one of them. Those steaks taste like rat gristle and hostility.

It’s something I wish more people knew before they come to Philly wanting to sample our most beloved delicacy. The average pizza place in the city has a better cheesesteak than both of those overpriced tourist traps and it won’t taste like a crust punk’s boot leather covered in melted crayon wax.

For real, though, Pat’s and Geno’s tastes like surplus Trump Steaks™.

This isn’t news to you, Philly residents. We already have our lists of favorites. In fact, this week’s Bad For You entry will especially interest you, the more advanced and refined cheesesteak eaters.

Sure, it may sound like a monster out of a Godzilla movie — possibly some sort of giant knighted crab who fights valiantly to protect his undersea kingdom? — but it’s actually a sandwich. More specifically, it’s a cheesesteak made from SIR-loin, lump CRAB meat, aspar-AGUS.

The inspiration for Sircrabagus, of course, is the Filet Oscar — a high-end steakhouse staple made from filet mignon with crab, asparagus and hollandaise sauce. Antney’s own “special sauce” takes the place of the hollandaise, and instead of filet, sirloin steak is used — although a previous incarnation did use filet and was known as Filcrabagus.

Sircrabagus is not the only crab-inspired dish at Antney’s, as they also serve “Frab Fries,” which are french fries topped with Old Bay and crab meat. It’s obviously a member of the same phylum as Chickie’s & Pete’s Crab Fries (which we previously reviewed in chip form) though theirs doesn’t have actual crab meat served on top. Similarly, I’ve also had a lobster cheesesteak at Chickie’s & Pete’s.

Sircrabagus is a complicated, high-concept sandwich. Can it possibly live up to expectations? 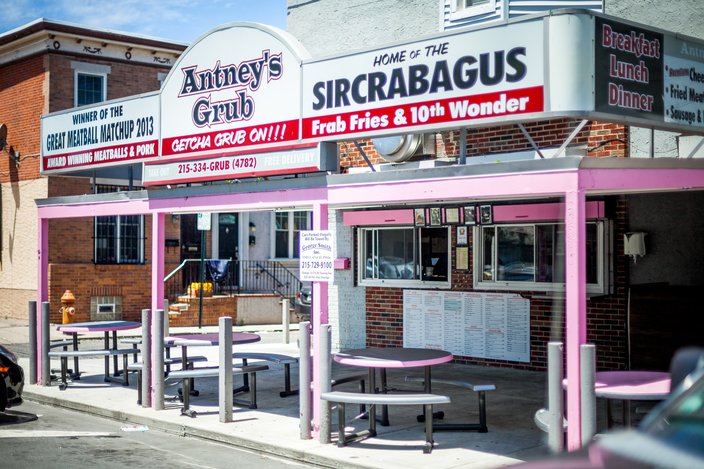 As it turns out, the answer is a resounding yes. It can and does.

Purely by cheesesteak standards, the sandwich is a winner. The sirloin steak works well with the rolls, which, interestingly for a South Philly establishment, are made in Atlantic City.

But as an experiment in cheesesteak technology, Sircrabagus is an even bigger success. The buttery crab topping the sandwich is a delight, giving a unique surf-and-turf flavor to the standard steak palette. The chopped asparagus is a nice addition, providing a crunchy counterbalance to the two meats.

Sircrabagus’ “special sauce” should be commended, as well. This homemade concoction is the MVP and the glue that holds Sircrabagus together. It’s somewhere between tahini sauce and spicy mayo and, combined with the crab meat, the taste brought to mind California Rolls. I certainly didn’t expect to be reminded of sushi while eating a cheesesteak. A delicious and welcome first.

Verdict: Whether you’re a cheesesteak expert or just looking for something new to try, let the monster Sircrabagus trample your taste buds.