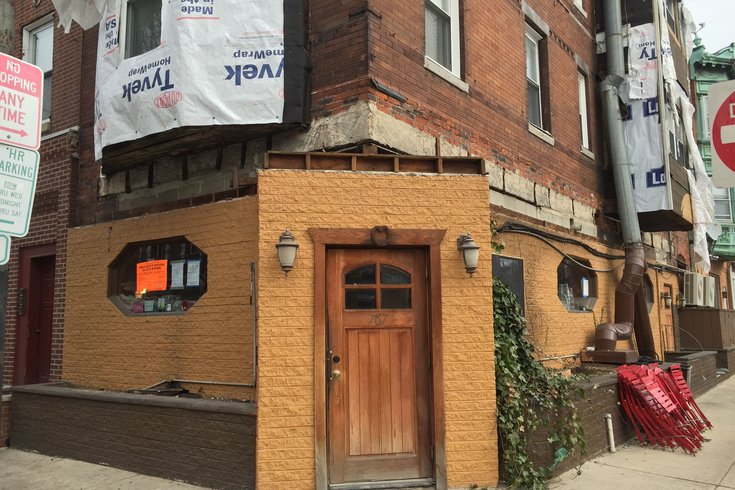 The in-construction exterior of Bar One at 767 S. Ninth St., what was formerly The Wishing Well.

Ralph's Italian Restaurant Manager Ryan Rubino sat around idly for two decades while ownership changed hands at nearby 767 S. Ninth St., which was most recently neighborhood pub The Wishing Well. This time around, when the bar shuttered in October, sitting idly by didn't feel like an option.

"As soon as that [space] opened up, I thought, 'Could I really see someone else operating there without being jealous?’ Because it's just across the street," Rubino told PhillyVoice. "So while running a restaurant is never going to be an easy prospect, running one across the street from your home base is probably an easier start for us than could be anywhere else."

Thus, the concept of Bar One, named after Executive Chef Anthony Barone, was born. Since acquiring the building, Rubino, alongside his father and uncle, set out to ensure the bar and restaurant can attract a Ralph's audience without actually being Ralph's.

"We want people to know it’s Ralph’s, but there will be zero crossover from the original Ralph’s to Bar One," Rubino emphasized, referring to the food menu.

The food, Rubino said, will draw inspiration from the original Ralph's menu but will take dishes to places they previously wouldn't have touched.

For example, Ralph's in the Italian Market prepares calamari sauteed with a red sauce; at its King of Prussia location, it prepares calamari fried with black and green olives and capers. Bar One takes the latter approach while also taking its menu into uncharted territory as well -- namely, brunch. 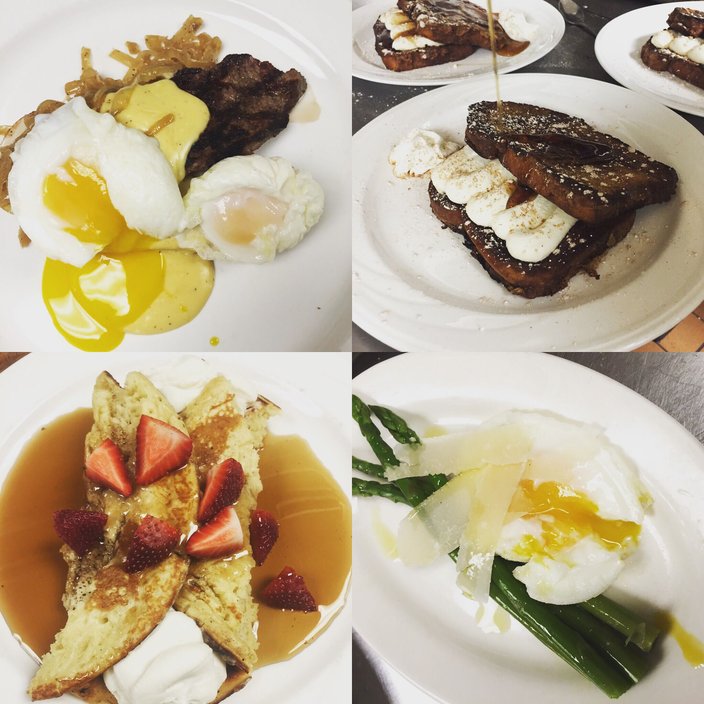 From top left going clockwise: steak and eggs Benedict over a Philly soft pretzel with fried onions, tiramisu French toast, a poached egg over chilled asparagus with Reggiano and a cannoli pancake.

At Bar One, you'll find South Philly twists to brunch staples, like steak and eggs Benedict served over a Philly soft pretzel and a cannoli pancake. It's an effort, he said, to "check off a lot of boxes for a lot of people," especially in a neighborhood that continues to evolve.

“The area's becoming very young right now," he said. "I‘m in my late 20s, and I have some friends who've lived at Fifth and Catherine streets now for years. We want that group in there as well. So we think we can blend that group [with longtime residents and workers] and it’ll be a nice place to hang out even on a Tuesday.”

The bar will feature beer on tap, with craft beer as its emphasis and a slew of what he called "traditional" beers, citing Stella Artois as an example. There's also a lineup of cocktails in the works, though don't expect anything too fancy, he said -- there will be "no cosmo on the cocktail list."

Those who remember watching sports games at The Wishing Well, meanwhile, can take comfort in the plan to install flat screens and organize around sporting events. Bar One will, to boot, maintain the 1,200-square-foot space's intimate, neighborhood feel, with approximately 30 seats for the dining room in addition to a bar that's been opened up thanks to the destruction of a wall. (During which, they discovered a wall of exposed brick they plan to keep, he added.)

The current plan is to open in time for the Italian Market Festival, to be held on May 21-22, where he'll hand out free food and offer grand-opening drink specials.