Black Thought gets cerebral remembering the Roots of the Picnic

For its 11th iteration, this year's Roots Picnic is being hosted by Dave Chappelle, and there are surprises in store 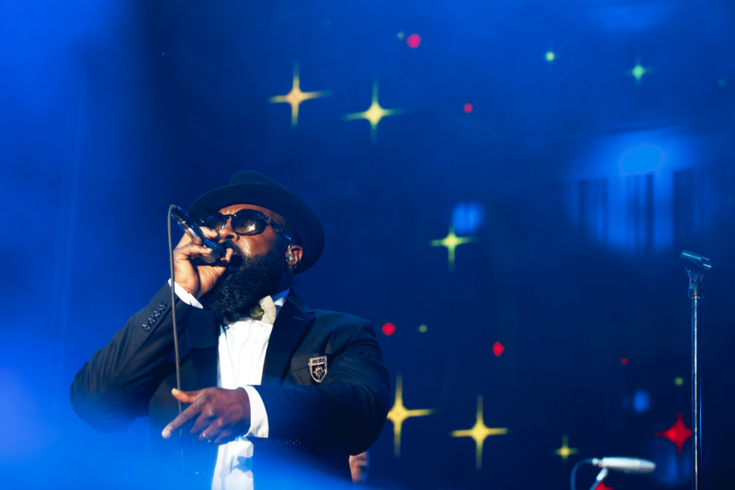 "It will be an as impactful performance as you can imagine." – Black Thought

With Saturday's Roots Picnic – the music fest's 11th iteration – it is fair to say that the Philadelphia-born-and-bred ensemble knows the drill.

They are now as highly regarded for their efforts in creating different and diverse festivals as they are making incendiary hip-hop, or even navigating the waters of late-night television in their role as house band for "The Tonight Show with Jimmy Fallon."

RELATED STORIES: Questlove is visiting brand new Philly beer garden this weekend | This summer, watch highlights from the Eagles’ championship on a 40-ft. screen |  There's a Will Smith mural in progress in West Philly

"We have always tried to keep this Picnic ahead of the curve," said Tariq "Black Thought" Trotter, the MC/co-founder of the group, along with old friend, Ahmir "Questlove" Thompson.

"I think we've succeeded," he said.

With a first-time headline slot given over to comedian Dave Chappelle with hosting duties for a still-mysterious "All-Star Jam" of rappers and musicians, "ahead of the curve" may be an understatement of the June 2 all-day event at Festival Pier.

Then again, The Roots have always shot high and hit the net. Take, for example, the Philly ensemble's first album, the independently pressed and released "Organix," which celebrated its 25th anniversary just last week.

"I don’t think we thought of it at the time – we were always recording demos and looking to get them released – but 'Organix' is truly an opus…our first opus," Trotter said with a hoarse laugh.

For him, "Organix," is a true milestone, as The Roots had recorded many demos up until that point in 1993.

"This demo was the first to really move us, that we saw through to realization. Turned out that it wasn’t a demo at all, but our first album."

Fifteen albums later (including soundtracks, live recordings and duet albums with John Legend and Elvis Costello), The Roots is nearing completion (so says Trotter), on its long-gestating new album "End Game." No, he won't confirm how many songs have been recorded for it (rumor had 200-plus tunes), or its release date, or what it sounds like, so far. What Trotter did say about "End Game," though, was dramatic:

"More recently, my writing has become about me, my experiences, my demons, and what I see." 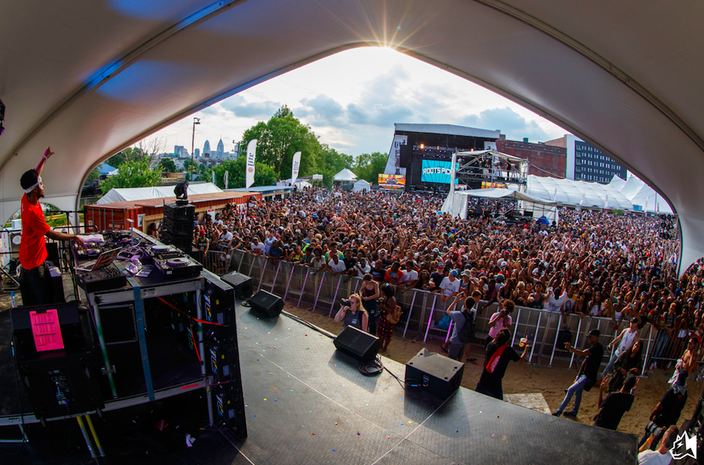 “I think there is an urgency for music festivals to become culture festivals. With us, there's a town hall element.” – Black Thought

If Trotter's lyrical conceits have changed, it is no surprise that The Roots Picnic has a different feel in its adoption of – and expansion into – daytime panels that touch upon everything from #BlackLivesMatter politics, entrepreneurship, fashion and the notions of "barrier breakers," featuring bigwigs from Uber, Shawn Carter Enterprises, ESPN and Spotify.

These broader strokes push the notion of The Roots Picnic beyond song, with events decided on by everyone in the band and its management.

A change that's come to the Picnic is in its headlining slot. Sure, The Roots have always played last, but usually held a spot within their slot for big names such as Usher and Snoop Dogg to kick it. This year, the charged-up Chapelle will host what's being called an "All-Star Jam" of unknown (as of yet) guests.

We're going for the element of suspense at this stage of the game, and then surprise on the day of when you see who shows up."

"Dave's a brother with whom all members of The Roots have their own level of friendship," said Trotter.

"He was always doing the Picnic. It was just a matter of when and what worked best."

What also worked best for The Roots, this time out, was the mysterious element of not telling audiences who would be performing for them during the jam.

Trotter would not say whether Philly's Meek Mill or the cast of 2005's "Dave Chappelle's Block Party" that featured The Roots alongside Common, Erykah Badu and Jill Scott might be a part of the party this year.

"We're going for the element of suspense at this stage of the game, and then surprise on the day of when you see who shows up," he said.

"That was a big thing going into 11 for us. And, it will be an as impactful performance as you can imagine."

The only thing more impactful than that end jam will be the daylong inclusion of Philly rappers, known (such as platinum-plated Lil Uzi Vert and Mill, if he shows), and unknown (hitting all of the smaller stages throughout the three parking lot event area).

"Yes, that is the most crucial part, keeping it Philly," said Trotter.

"We are always very conscious of repping and showing the potential of Philly as a market for all things, from music to fashion. That is the most important part of the Picnic to us every year."