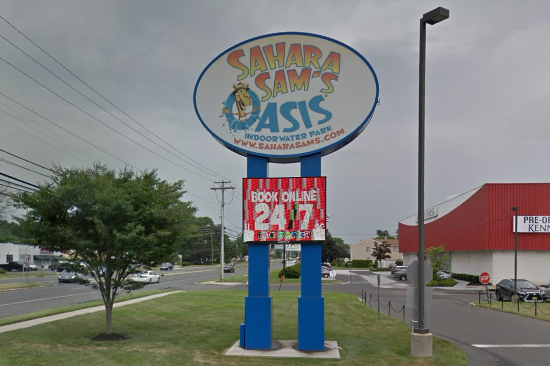 A 9-year-old boy visiting a South Jersey water park on a camp trip went into cardiac arrest and drowned on Tuesday.

The incident happened at Sahara Sam's Oasis Water Park on Route 73 in Berlin, Camden County, at around 7:30 p.m. The boy was pulled out of the pool unconscious and lifeguards attempted to give him CPR. He was taken to Virtua Hospital in Voorhees and was pronounced dead at 8:34 p.m., according to CBS3.

The child has been identified as Hersh Meilech Grossman from Brooklyn, New York, according ABC7. He was visiting the area on a camp trip with Belzer Talmud Torah, an Orthodox Jewish group based in Borough Park, Brooklyn, according to Yeshiva World. There were multiple camps at the water park on Tuesday with nearly 800 children and staff in attendance for a private event.

Police said the incident appears to be an accident and no charges have been filed.

"We are deeply saddened by the incident and our prayers are with the guest's family and friends at this difficult time," Sahara Sam's Director of Marketing Sharon Rushen said in a statement. "We are completing a thorough review of the incident, which occurred during a private event, and working closely with local authorities. The safety of our guests and team members is our first priority."