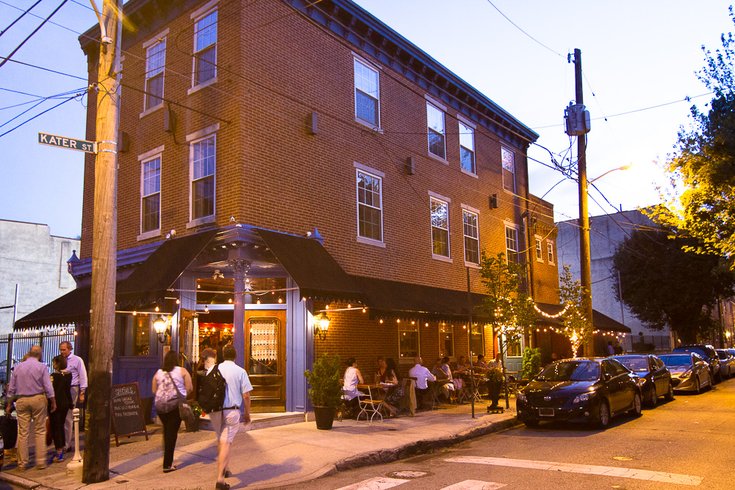 Ansill has a long and storied career in Philadelphia, including years nearby at his beloved French bistro Pif (Eighth and Carpenter) and Ansill Food + Wine (Third and Bainbridge), which shuttered in 2007 and 2009, respectively.

Most recently, Ansill has helmed the kitchen at Bar Ferdinand in Northern Liberties. He got to know the Grigris through Bar Ferdinand’s owner Owen Kamihira, a mutual friend, and Ansill will split his time overseeing both restaurants.

“I loved [The Good King] the first time I went in there. It was a really good vibe, it’s really comfortable, and it looked like my style of food would fit in there. So when [Bernard] asked me, it seemed like a good fit,” Ansill said.

Ansill won’t be working the line (“That’s a young man’s game,” he said). But he will collaborate closely with chef de cuisine Mike Blau.

“We have a lot of young guys that are excited and are going to learn a lot. It’s their first time working under a chef of that caliber,” Chloe Grigri said.

The new menu has the potential to be a win-win for The Good King’s loyal customers and Ansill’s fans.

“People don’t have to worry about duck confit or steak frites or socca going anywhere,” Grigri said. “But nothing on the menu has stayed the same as far as the recipe or presentation.”

The escargot au Pernod and steak tartare, in particular, may bring back memories for those who dined at Pif, but Ansill stressed, “I didn’t want to reproduce the same stuff again. I wanted to make it Good King and not necessarily old Pif dishes at The Good King.”

Diners can expect to find the offal-centric dishes Ansill is known for on the list of daily chalkboard specials.

“We get to have fun with specials — that’s where the spontaneity and inspiration comes in,” he said.

Ansill also creates menus for the cozy “Jardins de Provence” wine dinner series, like the July feast of mussels, salmon tartare and rouget paired with wines selected by Sean Faeth of Artisan's Cellar. The next dinner, featuring the wines of Loire Valley producer René Mosse, will be held on Monday, Aug. 24.

In addition to menu changes, Grigri, a natural wine advocate, has revamped the wine list and organized it by region. The new “neighborhood hour” Monday through Thursday from 5 to 7 p.m. offers food and drink discounts, and Sunday night specials include half-off select bottles of wine.

The Grigris are also considering expanding their business to a second location.

“This is our next chapter, and everyone’s really excited,” Grigri said.