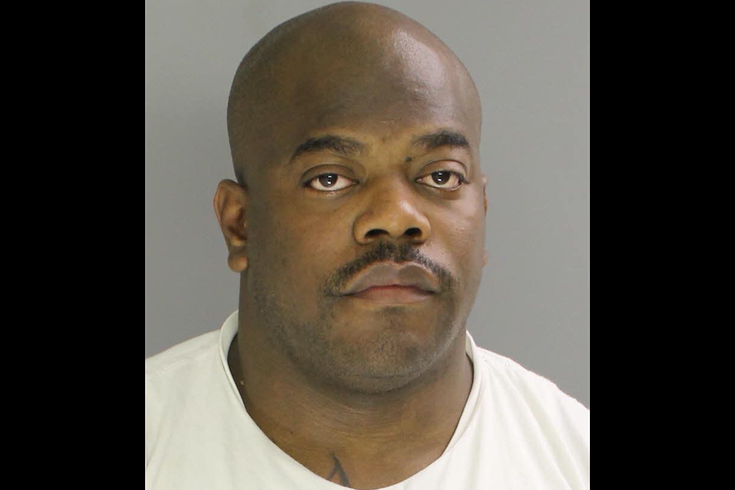 Roosevelt Turner, 37, of Chester, has been on the force for seven years. Turner was charged Thursday with official oppression, indecent assault and indecent exposure, according to court documents. He has been released on bail.

During the latest incident, Turner asked to see a detainee's genitals in return for allowing her to use her phone, Whelan said. He allegedly pulled down his zipper and asked the woman to kiss his penis.

Turner then allegedly informed the woman he wanted to have sex and put on a condom, but the woman told detectives the cop then ended the encounter suddenly, Whelan said.

On April 10, Turner allegedly made repeated requests to see a different woman in police custody undressed. She told detectives she obliged because she thought it would speed up her processing at the police station, Whelan said. Turner also allegedly asked for her phone number and later attempted to contact her.

A third woman told detectives Turner allegedly had ordered her to show him her genitals and threatened not process her, Whelan said. She revealed herself and Turner allegedly touched her thigh with his hand. Turner later sent her a Facebook message thanking her for an "enjoyable time," Whelan said.

"Officer Roosevelt used his position of authority to coerce and intimidate these women into acts for his own sexual gratification," Whelan said in a statement. "His behavior is extremely offensive. As a police officer, he took an oath to serve and protect the residents of Chester, and for that reason we hold him to a higher standard of conduct."