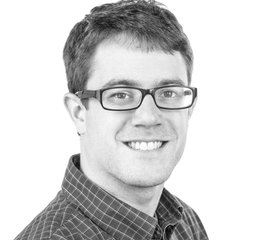 An independent investigation into Philadelphia's handling of victims' remains from the 1985 MOVE bombing details faulty record-keeping by the medical examiner's office. But it does not answer why remains discovered in 2017 were not given to the victims' families or cremated – as instructed by former Health Commissioner Thomas Farley. The investigation was conducted by the law firms Dechert and Montgomery, McCracken, Walker & Rhoads.

Monkeypox does not spread through airborne particles, CDC says

The monkeypox virus primarily spreads through direct, physical contact with the bodily fluids or sores of an infected person, the CDC stressed Friday. It is not known to spread through airborne transmission – a characteristic that aids the spread of highly contagious illnesses like COVID-19 and measles.

Akia McDowell suffered from achalasia, a rare digestive disorder, for years before becoming the first pregnant woman to undergo a POEM procedure, a non-invasive surgery that alleviates GI symptoms. One year later, the Swarthmore resident has a healthy baby and far fewer digestive issues.

CHOP, Independence executives named among most influential in health care

Modern Healthcare included Children's Hospital of Philadelphia CEO Madeline Bell and Independence Blue Cross CEO Gregory Deavens on its 2021 list of the "100 Most Influential People in Healthcare." The leaders of Pfizer and Moderna topped the rankings.

Many Pennsylvania residents shopping for health plans on the state's exchange, Pennie, should expect their monthly premiums to increase due to several changes. The American Rescue Plan benefit that made thousands of unemployed people eligible for zero-dollar premiums has expired. And the way Pennie distributes enhanced subsidies will impact bills.

Eagles star Lane Johnson experienced withdrawal symptoms after he stopped taking a selective serotonin reuptake inhibitor, an anti-depressant he used to treat his anxiety and depression symptoms. SSRIs like Prozac, Zoloft and Celexa are commonly prescribed because they typically relieve symptoms without many side effects. But it can take time for them to work, and patients must sometimes try multiple medications before finding the most effective drug.

Where were you on 9/11? Why our 'flashbulb' memories aren't as accurate as we believe

People are confident in their recollections of where they were when the 9/11 attacks occurred, as well as other historic events, but often those flashbulb memories contain inaccuracies, research shows. False memories inadvertently slip into these accounts of historic events due to errors made by our brains.

Millennials are turning to non-alcoholic beer, but nutritionists stress it's not a health drink

Non-alcoholic beers have been touted as a healthier alternative for people who enjoy the taste of beer but want to reduce their alcohol consumption. Nutritionists caution that NA beer is not a health drink. They say its nutritional benefits are overstated, including its polyphenol content and potential as a post-workout drink.

Ocean City was named New Jersey's favorite beach by voters who participated in an annual poll by the New Jersey Sea Grant Consortium. The next best best? Sea Isle City.

Patriot Front, a white supremacist group that evolved from Vanguard America following the 2017 "United the Right" rally in Charlottesville, has increased its activity in Philadelphia over the last month. The racist group marched through Center City on July 3, 2021, carrying flags and fighting with bystanders. That came a month after its members defaced a George Floyd mural in Olney.
Page 1 of 154 next