Monkeypox does not spread through airborne particles, CDC says

Health officials stress that the virus is transmitted through close, physical contact; Most Americans have a low risk of infection 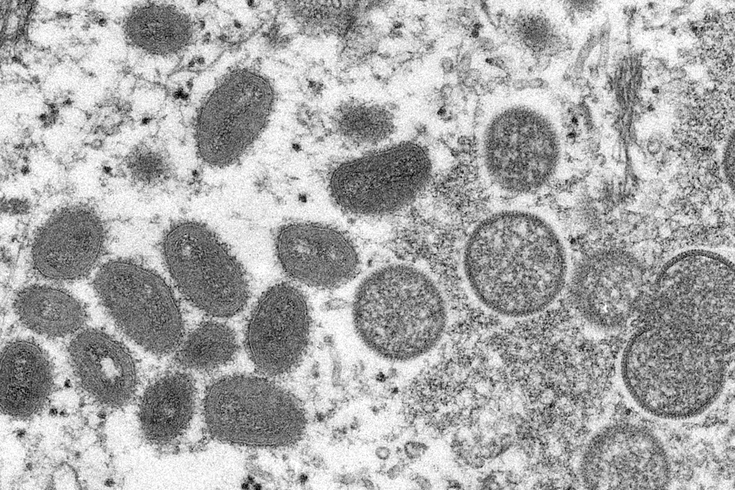 The monkeypox virus primarily spreads through direct, physical contact with the bodily fluids or sores of an infected person, the CDC says. It is not known to spread through airborne transmission.

The monkeypox virus does not spread through tiny, airborne particles, a characteristic that aids some particularly contagious viruses – like those that cause COVID-19 and measles, the U.S. Centers for Disease Control and Prevention emphasized Friday.

The virus may spread through respiratory secretions when people have sustained, face-to-face contact, CDC officials said. But such transmission is different than spreading through tiny, airborne particles, known as aerosols.

Respiratory secretions are considered large, moisture particles that fall to the ground – like saliva. Aerosols are much smaller particles that can linger in the air for longer periods of time.

"We have not seen documentation of that through our experience with this virus, or with prior similar viruses," Walensky said. "It really is thought to be transmitted through close, face-to-face contact and skin-to-skin contact."

The current monkeypox outbreak has caused more than 1,300 cases in 31 countries since May 13, when the first case was reported. The United States has 45 cases, including one in Pennsylvania.

The majority of the U.S. cases are among people who traveled internationally or had a known exposure to a person with monkeypox, CDC officials said. A small number of people with monkeypox were not sure how they got it.

During the media briefing, Walensky was asked how confident the CDC was in its assessment that monkeypox does not spread through aerosols. The CDC made similar assertions about the coronavirus at the start of the COVID-19 pandemic, only to later acknowledge that airborne transmission is a major way it spreads.

Additionally, recent research has shown that many other respiratory viruses also likely spread through aerosols, including influenza and the rhinovirues that cause the common cold.

Monkeypox has shown it can be present in saliva or the respiratory tract, several scientists told The New York Times. That means the CDC's assessment is partly dependent on whether monkeypox is only present in large droplets, or smaller particles as well.

The World Health Organization has noted that the monkeypox virus can spread via respiratory droplets, with the possibility that transmission could include short-range aerosols.

"Airborne transmission may not be the dominant route of transmission nor very efficient, but it could still occur," Lindsey Marr, an expert on airborne viruses at Virginia Tech University, told the newspaper. "I think the WHO has it right and the CDC's message is misleading."

Walensky stressed that all of the cases the CDC has seen to date have been related to direct physical contact.

"Of course, in those close physical contacts, it's nearly impossible to separate the skin-to-skin contact from the sexual contact from the face-to-face contact as the reason for transmission," she said. "Although what I can say is that monkeypox is not thought to linger in the air – (not) as we think about the definition of airborne transmission."

Walensky said it is not yet known whether monkeypox can spread through contact with semen or vaginal fluids.

Monkeypox typically presents with flulike symptoms followed by a diffuse rash appearing on multiple sides of the body, including the face, arms and hands. But cases in this outbreak have presented differently, prompting concerns that some infections may go undiagnosed, Walensky said.

In this outbreak, monkeypox has caused some people only to develop a localized rash around the genitals or anus before developing flulike symptoms – if they get them at all.

"If you notice any new rash or skin condition that you're just not sure about anywhere on your body, including in your mouth, go get it checked out," Demetre Daskalakis, director of the CDC's Division of HIV/AIDS said during the media call. "This is not the time to hold back, even if you don't think it's that serious."

Most people are not at risk for developing monkeypox, health officials have said. Additionally, monkeypox is not a new virus. Outbreaks have been relatively common in portions of Africa since it was discovered in the 20th century.