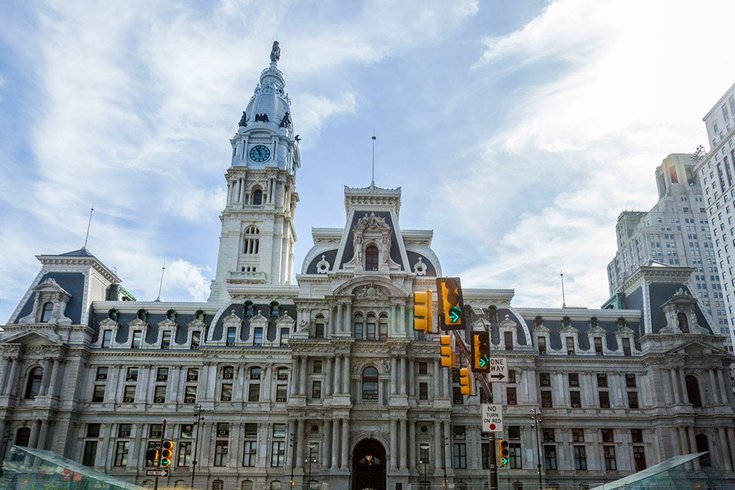 An independent investigation into Philadelphia's handling of victims' remains from the 1985 MOVE bombing details faulty record-keeping by the medical examiner's office. But it does not answer why remains discovered in 2017 were not given to the victims' families or cremated – as instructed by former Health Commissioner Thomas Farley.

An independent investigation into Philadelphia's handling of remains of victims from the 1985 MOVE bombing failed to answer many of the questions that prompted it last year.

It remains unclear why – or how long – a box of remains was kept in a basement storage room at the city's medical examiner's office until its discovery in 2017. The investigation also could not determine why the remains were not returned to the victims' families.

Further, it is still unclear why the city employee who was instructed to cremate the remains in 2017 did not do so.

Investigators could not answer these questions partly because they were unable to speak to several key witnesses who might have provided this information, according to their reports, released Thursday afternoon. The investigation, commissioned by Philadelphia officials, did not have the power to issue subpoenas. Everyone interviewed spoke voluntarily.

In May 2021, former Health Commissioner Thomas Farley resigned after acknowledging he had ordered the box of remains to be cremated after its discovery. He gave this directive without notifying family members or other city officials. One day after Farley resigned, city officials revealed that the remains had not been cremated.

Farley's resignation came several weeks after the University of Pennsylvania and Princeton University apologized for housing bones belonging to a MOVE bombing victim in the Penn Museum for decades. The remains, which had been used for instruction, have since been released to the victim's family.

"The events of 2021 exposed flaws and shortcomings in city procedures, and the passage of decades since the initial mishandling of the victim's remains compounded the issues we were faced with and had to try and unravel," Mayor Jim Kenney said.

"While I know the reports did not answer every question we have around the remains we found last year, I remain hopeful that we can give some additional comfort and closure to family members after they review the report and we discuss our next steps with them."

The investigators also issued 16 recommendations designed to improve the policies and practices of the medical examiner's office, with an emphasis on racial equity. Among them: changing the manner of death listed on the death certificates of the 11 MOVE bombing victims from accidental to homicide.

The Department of Public Health said it would accept each of the recommendations. They also include developing formal policies for documenting and record-keeping, as well as the retention of specimens and personal effects.

The investigators also advised the medical examiner's office to develop polices regarding interactions with family members during death investigations, and to be transparent when bones, tissues or organs are retained for extended examination.

"Some of the changes are already in process, while others may be more challenging to implement due to funding or logistical constraints," Health Commissioner Cheryl Bettigole said. "In addition to the changes recommended by the investigators, we are committed to working with the families of the victims to identify a respectful plan for how to handle the remains and will be reaching out in the near future to initiate those conversations."

The investigators recommended the city make "a concerted, inclusive effort" to educate people about the MOVE bombing, including its victims, and the effects it had on the Cobbs Creek neighborhood. They urged the city to establish a physical commemoration of the event in addition to the historical marker erected in 2017.

The MOVE bombing escalated from years of tension between the MOVE organization, a Black liberation group, and the city. On May 13, 1985, police prepared to arrest MOVE members at their row house on Osage Avenue following complaints from neighbors. A prolonged conflict ensued. It culminated when police dropped C4 explosives from a helicopter onto the home, destroying dozens of rowhouses in the neighborhood. Of the 11 people killed, five were children.

Lionell Dotson, whose sisters Katricia and Zanetta Dotson were killed in the bombing, said the investigation shows the city's attempts to gaslight the victims' families.

"Throughout this process, Mayor Jim Kenney and the city of Philadelphia and the University of Pennsylvania have asked us to trust them," she said. "But this report makes it clear that they simply aren't trustworthy."

The investigators said their task of establishing a chain of custody of the remains of the MOVE victims was "doomed from the beginning" due to the way the bombing scene was processed. A crane was used to dig up debris and bodies, damaging the victims' remains and complicating efforts to identify exactly where the bodies were recovered. It also resulted in the co-mingling of remains and bones. Officials from the medical examiners office initially had failed to visit the scene, losing the opportunity to properly retrieve and handle the remains.

The files and documents kept by the medical examiner's office were incomplete, inconsistent and sometimes contradictory, the investigators noted. The documentation did not include an inventory of the contents or a review of the remains, making it "impossible" to track each time someone handled the remains. And there were no logs detailing the release of remains for burial or cremation.

"As a result, we are unable to conclude definitively what remains, if any, were released for the respective victims and actually buried or cremated between May 1985 and September 1986, when the last of the victims' remains were purportedly formally released to the families," the investigators wrote.

The box of remains discovered in 2017 was marked "MOVE Evidence" and found in a basement storage room of the medical examiner's office. It contained various bones, bone fragments and suspected tissue fragments. Because investigators could not find any records about the location of any MOVE victim remains from September 1986 to January 2017, they could not determine how long it had been there.

"It is apparent, however, that the box and its remains had been there much earlier than when they were found in early 2017," investigators wrote. "Additionally, we do not know why the box was located in the basement storage room, which is typically used to store excess personal effects, nor do we know who decided to put it there or when it was put there. Finally, we cannot determine why the remains were kept ... and not returned to next of kin."

The investigators said they could not identify the remains or offer definitive conclusions with any scientific certainty.

The investigation involved two parts. Dechert examined the city's handling of the MOVE remains from 1985 to the present. Montgomery, McCracken, Walker & Rhoads reviewed the policies and practices of the medical examiner's office and investigated the transfer of remains to anthropologists at Penn in 1986.

The investigators found only one existing record of MOVE victim remains being transferred from the medical examiner's office to the Penn anthropologists. It remains unclear why an assistant medical examiner asked the anthropologists to examine the remains, because they already had been authorized to be released for burial. They are believed to belong to Katricia Dotson.

The remains were kept for decades by the anthropologists at the Penn Museum, the investigators said. At times, they were examined by other scientists. On several occasions, they were used for teaching purposes, including as part of an online course open to the public.

After this came to light in media reports last year, Penn officials attempted to transfer the remains back to the medical examiner's office, but city Managing Director Tumar Alexander recommended they reach out to the MOVE victims' family and do as they wish, the investigators said. The remains were returned to the family in June 2021.